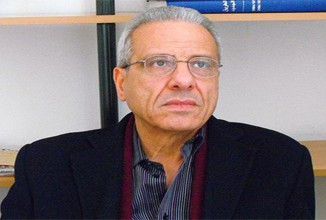 Minister of Social Affairs, Mahmoud Ben Romdhane, warned that “the National Social Security Fund (CNSS) entered a loss-making situation that may result in an inability to provide social security cover to its members.”

“Thus, the National Pension and Social Insurance Fund (CNRPS) is facing very poor conditions with a huge deficit of one billion dinars, a figure that has increased from one year to the next” has he still insisted.

The Minister’s warning was issued on Thursday, March 3, 2016 as he took part in a meeting organized in Gammarth. He said the risk is to end up in a situation of empty coffers in a vital sector, the number of beneficiaries of which is significant, around 80% of the Tunisian population.

It’s very plausible, the minister said, noting that the hole in the two funds is mainly due to the impact of economic decisions of the state, accelerated social changes at national and international levels such as demographic transitions and above all the inability of the economy to create wealth and employment.

It must be noted that these funds are spending without bringing money under contributions. This situation has been described as alarming by Ben Romdhane as the number of CNRPS members is increasing by 2.5% annually, while the number of pensioners receiving income rises by 5%.

To get out of this crisis and restore the financial equilibrium of these funds, the minister has chosen to follow the same approach as his predecessor, Ahmed Ammar Youmbai, who has defended the redesign of social policy in its various dimensions with the objective of ensuring the sustainability of the social regime.

“We remain convinced that this would require painful reforms in order to solve the problem of the chronic deficit of these funds,” said Ben Romdhane, who was supportive of the increase in retirement age or also any increase in contributions.

Other bold reforms also loom according to the minister, who declined to give more details.

He also point out that these reforms must be implemented within the framework of joint action. The social partners and the government must work together and set up these series of reforms and in the shortest possible time.

For specialists, these painful reforms are necessary, but they will not be easy to implement in a difficult economic environment.

According to a recent note of economic conditions published by the Central Bank, an indicator is more evocative: industrial production decreased at a very rapid pace during the first eleven months of 2015, i.e. -1.8% in the effect of the continuing decline in energy production (-6%) and the deterioration of mining production (-18.1).

Tunisia: How to stop the wave of counterfeiting?