HomeInterviewTunisia: It’s official, water tariffs will increase this year. The Minister of...
Interview 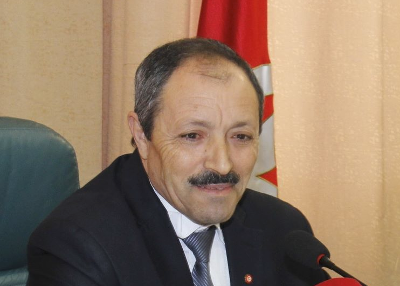 Minister of Agriculture, Water Resources and Fisheries, Saad Seddik announced that a rescue plan of the agricultural season will be put in place in case the rainfall deficit would continue.

He has, moreover, placed emphasis on the revision of the Water Code which was the subject of a review by the Cabinet meeting, announcing the upward revision of water tariffs.

On another level, the minister said efforts are being stepped up to accelerate the delayed recruitment scheduled for 2014 and 215 whose number stands at 516.

Rains decreased significantly during the winter period and the anxiety begins to gain the farming community; several parties even spoke of huge losses … Can you give us some statistics on this?

We cannot talk about drought now. It is true that there is a lack of rainfall in recent months, but the rainfall rate could improve in March and April.

We have to specify dams fill rate remains satisfactory. The amount of water stored in dams amounted to one billion 130 million cubic meters.

Basically, this stock is certainly encouraging, but remains cautious especially that some points are threatened as the dam of Nebhana and of Siliana.

So how can you respond to these serious weather and water hazards?

The implementation of this plan which preparations have made significant progress is explained in particular by the rainfall deficit. Indeed, the average decrease in rainfall has reached 30% during the current season, and this, in all regions of the country while it is around 35% in central Tunisia and 25% in the North.

Faced with this lack of rainfall, we have set an intervention budget of 60 and 70 million dinars, of which 27.8 million dinars are yet available.

It is important to note that this versatile plan based on the amount of rainfall will consider all assumptions related climate hazards. Indeed, it could undergo changes once the rainfall rate improves.

What about the axes of this plan?

The main areas are structured around three main themes. They are the livestock, plants and water resources.

Our goal is to ensure the processing of the harvest and the use of irrigated areas while protecting the herd through fodder supply.

In terms of drinking water and that for irrigation, priority will be given to ongoing projects which number is 30 to ensure the supply of drinking water to 15,000 people and the equipment of 1,000 hectares of irrigated areas, which will increase agricultural production and mitigate the impact of drought.

What are your estimates about cereal crop?

The season will be positive in many areas and it has even improved compared to the previous season.

The crop area is of about 1.2 million hectares, posting a slight decrease compared to the objectives, i.e. 1.5 million hectares. Yet, a decline was recorded in some central regions as Kairouan, Kasserine and Sidi Bouzid.

But we remain optimistic, the season will be better than last season, once the rainfall rate

Let’s talk about a sector in turmoil, namely fisheries whose professionals continue to protest despite the series of measures announced recently. Are they insufficient measures?

I take this opportunity to recall that following a recent meeting held at the Ministry of Agriculture, Water Resources and Fisheries, it was decided to form a team to prepare the file of social security in a period not exceeding the end of April 2016.

Indeed, regular meetings will be planned with relevant services at the Ministry of Social Affairs to speed up procedures and resolve this question definitively.

Another point is the one relating to the premium of subsidized fuels. I take this opportunity to recall that the Sahel region holds a share of 30%, against 40%. There is need to encourage citizens to fish in unexploited areas.

The current demand is to generalize this percentage it is of about 40% applicable to all regions. However, this work requires an assessment and preparation of a digitized and updated file not to mention the financial implications, estimated at millions of dinars.

Are your therefore against the principle of generalization of this premium?

The principle of generalization of this premium requires further study since this operation will certainly have a huge impact.

At this level, the Cabinet meeting is the only side entitled to take such decisions and not the Minister of Agriculture and that of Finance.

It is important to note that we have been given time to prepare this file by the end of March and a Cabinet meeting will be held later to examine it and make the right decision.

Among other issues, the extension of the industrial zone. This issue involves, in my opinion, not only Tunisia, but other foreign parties such as Libya and Algeria. Locally, the Ministry of Defense and the Ministry of Foreign Affairs are the most concerned by this issue. This is why we will organize meetings at the headquarters of our department to better coordinate with these parties and examine the proposals. It is a long process that cannot be resolved in a few days.

Other measures include accelerating the equipment of over 15-meter long boats and the activation of agreements outlined in the Cabinet meeting on Fisheries held November 12, 2015 not to mention planning work sessions every two months to monitor all these decisions.

So how to convince protesters who remain distrustful of these measures that are not new and the issue of social insurance is an example?

I assure you that I will defend this and that’s a promise. Moreover, a survey will be conducted to determine the official list of fishermen operating in this area.

Visits will also be scheduled soon to different ports of Tunisia and coastal areas that are experiencing tension will be our first target.

As a reminder, more than 20 visits have been made in most regions, since my appointment at the head of this department.

What about the revision of the Water Code?

A cabinet meeting focused on the consideration of the Water Code whose agenda includes many topics including control of ground water.

Moreover, this code will take into consideration the provisions of the 2014 constitution: the right to safe drinking water, protection of water against pollution, determination of public water resources, activation of laws related to water groups and finally public-private partnership.

This is the first revision of the Code since 1975 while taking into consideration the current situation (climate change, pollution, solidarity for efficient, equitable and sustainable use of water).

And what about the revision of water tariffs?

This is in connection with the management and review of rates which remains dependent on management costs. Indeed, the water code is not involved in management.

To date, there have been no revisions but I think it should be revised since the SONEDE is losing 150 millimes on every cubic meter sold, and this means that the cost is higher than average selling prices.

It is important to note that a decision has been made since 2014, but nothing was done. The review will take place, in my opinion, during this year and the question is now posed.

Do you have exact figures on the rate of increase?

This issue will be discussed during a Cabinet meeting while taking into account the financial equilibrium of SONEDE and inflation.

You have just erased agricultural debts of less than 3,000 dinars. What about the other debts?

It should be noted that this is a 100% deletion. For the revision that will affect debts of more than 5,000 dinars, it will be in the form of intervention in interest rates.

These are new proposals to be discussed at an upcoming Cabinet meeting.

I even think that there will be a new decision. It will be included in the 2016 supplementary finance bill.

In implementation of the recent measures by Prime Minister Habib Essid, what is your recruitment program for this year?

We are multiplying efforts to accelerate delayed recruitment planned for 2014 and 2015 whose number stands at 516.

Our department has set a target to recruit 100 people in the fishing industry especially coastal areas guards during this year.

We have also public companies as SONEDE where there is a growing need for recruitment.

Anyway, we have about 2,500 applications still awaiting a decision by Prime Minister.