HomeFeatured NewsPolitical, economic and social crises faced by Tunisia will not be resolved...
Featured News 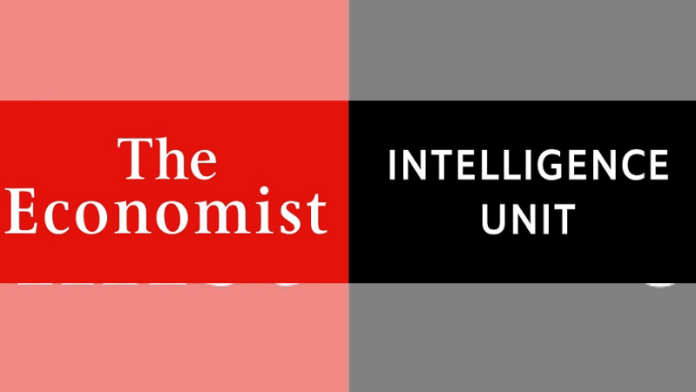 Relaying in some places the verdicts of rating agency Moody’s, The Economist Intelligence Unit (EIU), a company renowned for its research, forecasting and consulting, and its global analysis provided to countries, industries and companies delivered its own.

From the outset, it issued a forecast that sounds like an alarm bell warning that “the political, economic and social crises faced by Tunisia will not be resolved quickly, with social instability set to persist in the medium term.

First, there is the democratic transition which is “incomplete”. The Constitutional Court, which is supposed to confirm laws and adjudicate on constitutional disputes, is still not operational because of political disagreements over its membership that has prevented the resolution of destabilizing turf wars between the president and prime minister.

The democratic landscape, meanwhile, is immature, and many parties with similar views refuse to merge because of the personal ambitions of their leaders.

The electoral system is based on closed-list proportional representation, which allows even the smallest parties to gain representation; however, the electoral formula (the so-called Hare Quota) has impeded stable government by distributing seats between many parties and preventing the largest party from winning a majority. That has resulted in fractious, short-lived coalition governments (there have been 13 since 2011) that have failed to agree on meaningful reform.

Added to this political turmoil is the fall in economic growth from an average of 4.5% a year in the decade before the revolution, to under 1% in the decade since. This is partly the result of external factors, including a decade of sluggish growth in the EU, Tunisia’s main export market, terrorist attacks by militants trained overseas and, since March 2020, the coronavirus (Covid-19) pandemic.

However, most of the problem is home-grown. Since the revolution workers have become more militant, and strikes have proliferated, hitting manufacturing output. Frequent sit-ins by unemployed workers have decimated production in the phosphate industry and curtailed the output of oil and gas. Given the government’s weakened fiscal position and falling confidence in the authorities, such worker unrest is likely to continue to rise in the near term, limiting opportunities for economic recovery, the EIU predicts.

The impact of such instability will also weigh on foreign investment, compounding longer-standing problems of red tape, difficulty in obtaining finance, corruption and the extensive grey economy. Coming at a time when state investment in infrastructure has been cut to fund the growing bill for public-sector wages, food and fuel subsidies, as well as hand-outs to state-owned enterprises, poor foreign investor sentiment could be particularly damaging for long-term productivity.

Reform will be slow and unsteady

The revolution’s goals of jobs, freedom and dignity can be met only by extensive political, fiscal and economic reform. Political reform includes filling the gaps in the constitutional framework, changing the electoral formula to produce stronger and longer-lasting governments and building a culture of responsibility to voters among politicians, all of which are unlikely at the present time.

Necessary fiscal reform includes reducing the budget deficit and freeing up resources for productive public investment by cutting spending on public-sector wages, subsidies and state-owned firms; and reforming the tax system to make it fairer and to encourage operators in the grey economy to join the formal system. However, in light of growing public anger, cutting current spending is also unlikely in the short term, although some subsidy reform will probably be phased in under IMF pressure in 2022.

The IMF will also ramp up pressure on Tunisia to make economic reforms, including work to encourage private enterprise by liberalizing the investment law, completing banking sector reform to improve access to loans, reducing the role of state-owned enterprises and removing private monopolies. Such reforms have been on the agenda of every government since the revolution, but they have not been implemented because of internal disagreements, opposition from the powerful trade unions and private vested interests and fear of increasing the pain for Tunisians in the short term. As these issues are still prevalent, significant obstacles will continue to delay economic reforms.

Indeed, to implement these reforms requires either a strong government prepared to work against determined opposition, which currently looks unlikely, or some form of “social compact” for reform between the government, the trade unions, the business community and civil society. The government is likely to seek such a compact through a “national dialogue”.

However, achieving consensus will be difficult, and the compromises involved will inevitably reduce the scope and pace of reform. With or without a social compact, therefore, for years to come reform in Tunisia will continue to be slow and unsteady, the revolution will remain unfinished, and political and social instability will persist.