Solidarity economy: concrete steps before end of 2018, a mutual bank in 3 years 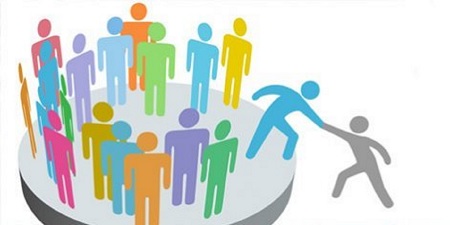 The Social and Solidarity Economy (SSE) project, which should soon be examined by the Cabinet meeting, as a new lever for integration and employment, is at the heart of debates and meetings.

The Ministry of Vocational Training and Employment led the debate on Thursday, October 18, 2018, through the organization of a two-day international conference on the theme “Social and Solidarity economy in Tunisia: time for action.”

Opening the meeting, which began this morning, Minister of Employment and Vocational Training Faouzi Abderrahmane said the social and solidarity economy (ESS) project required a two-year work which resulted in several reformulated recommendations, in collaboration with all stakeholders.

He stressed, however, that citizens have not waited for this bill to be approved and are already launched SSE initiatives that have allowed them to set up projects.

He also said that the SSE project has come to respond to an extremely important need expressed by the company and which corresponds to the business climate in Tunisia.

The minister pointed out that the SSE contributes only 1% to the country’s GDP and that the goal is to reach 5% by 2020.

“This is a very ambitious goal and this is why we need to see economic and solidarity-based companies that are making even bigger sales,” he argued.

“We will also have to think about innovative ideas and ensure a conducive and adequate business climate,” said the minister, noting that the success of this project lies in the financial support that will be provided.

“We will not go too far if we have not put the right financial environment and advocated adequate training in this area,” he said.

Khelil Ghariani, Executive Board member of the Tunisian Confederation of Industry, Trade and Handicrafts (UTICA) said according to a survey conducted in 2016, the social and solidarity economy contributes 1% of the country’s GDP and only employs 21 thousand people, 60% of them in the associations, a figure which he called very small, i.e. 0.6% of the active population.

He also said that companies that have joined the SSE find huge funding challenges, more than SMEs: “Banks do not finance them because they consider them vulnerable”, he pointed out.

Minister of Agriculture Samir Bettaieb underlined the interest that the government shows for the social and solidarity economy while placing this new mode of governance at the heart of the 2016/2020 development plan.

He called for putting in place the most appropriate legal framework and ensuring that this sector contributes effectively to growth.

Bettaieb recalled, in this regard, all measures announced Wednesday, October 17 by Prime Minister Youssef Chahed and part of the social and solidarity economy.

Indeed, during his participation in a national seminar on rural women organized by the Ministry of Agriculture, Water Resources and Fisheries on the observance of the International Day of Rural Women, Chahed ordered increasing the budget of the Agricultural Sector Development Fund by allocating 3.2 million dinars to a line of funding for predominantly female professional structures. This is besides the introduction of a line of guarantee and enhancement of profit for loans dedicated to women in rural areas and for financing projects launched in the field of social and solidarity economy.

The SSE bill, which has 22 articles, is expected to be debated at the Cabinet meeting before being submitted to the Assembly of People’s Representatives (APR) before the end of this year.

The draft law on SSE has been posted for public consultation from May 7 to 28, 2018, on the national portal of legal information and on the website of the Ministry of Vocational Training and Employment.

The document aims to prevent the dispersion of legal texts relating to this issue, to define the principles and objectives of the SSE and to provide it with a representative and unifying structure, with the planned establishment of a Higher Council of Solidarity Economy and a National Observatory of SSE.

It also provides for a self-financing mechanism and the creation in three years of a mutual bank.

Tunisia: Saïed gets his lowest score ever. Will he learn from...