HomeFeatured NewsState owes more than TND 2.8 billion to its enterprises. Will it...
Featured News

State owes more than TND 2.8 billion to its enterprises. Will it ever pay them? 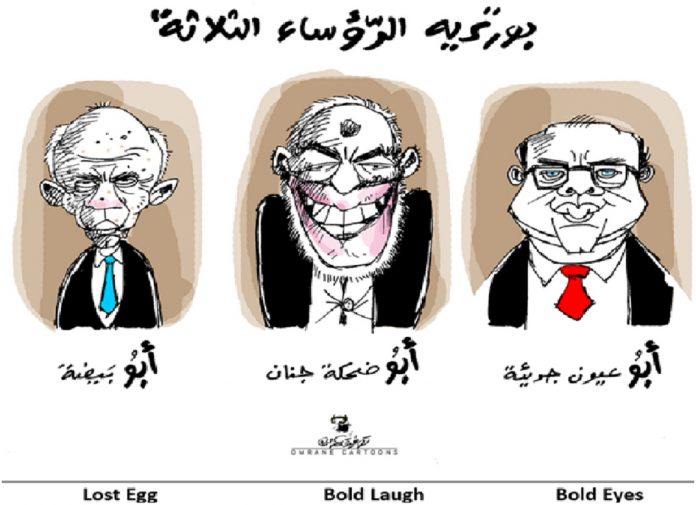 The figures of Tunisia’s external debt (that of the State and the companies) of the 3 musketeers, as the Tunisian cartoonist Omrane called them, is chilling.

It reached more than 78.2 billion dinars in 2018, or 74% of GDP. This figure is no less frightening than that of the TND 3 billion, which the Tunisian state owes to 51 of its own public enterprises.

Finance Minister “Bold Eyes” Nizar Yaiche has insisted on recalculating what the state owes to public enterprises to complete the horrific debt picture.

What he has discovered should not excite him, let alone the lenders of the one who would now almost act as liquidator.

50% of the money the state owes to public companies, it owes it to STIR (Oil Refining Companies). The 2.277 billion Tunisian dinars that the Tunisian State owes it, under additional subsidies could help resolve the serious financial crisis faced by this public enterprise.

The Grain Board is the second largest creditor of the State. The latter owes it 958 MDT. That amount is likely to settle all its claims with the public banks and in particular the BNA.

This is the same for the Steg, to which the Tunisian State owes (and this situation is not final) 455 MTD.

The Tunisian state also owes a lot of money to public enterprises. It owes 423 MDT to the CNRP, 286 MDT to Tunisie Télécom which are certainly unpaid telephone bills, 174 MDT in unpaid petrol coupons, and 544 MDT to the municipalities.

And the list is a long one of more than 51 to which the state owes money that it is, for the time being at least, unable to pay.

And then what…? What is the message that the Minister of Finance would like to convey through this very long list? Is it to say that the accounts done in the time of his predecessor are false, when they are done by the same officials in the same finance department? What good would it do him? Is it to say that the state is even more indebted than its head of government said in El Mourouj, when he denounced before officials whose masks poorly concealed the dismayed faces, “the economy in very serious difficulty and the very great misery of the people”, while announcing an investment in millions DT in Ennahli for the welfare of the poor?

Would he therefore want to justify a heavier legacy to justify an inability to do better than the previous government in a remarkable denial of the principle of continuity and solidarity of the state, or to prepare the ground for possible misery that would take from some to give to others and organize a social leveling from the bottom?

However, this situation of the State’s debts to public enterprises lacked an audit of these expenses, especially in water, electricity and fuel, to know how the State spent these billions of dinars and why this accumulation of debts? But also, an exhaustive statement of the debts of the latter to their private suppliers who will understand from this list only the fact that they can say goodbye to their money, that public enterprises, themselves having debts to recover from a State that is starving, will no longer be able to recover, and therefore provide the Fakhfakh government with the justification of these large debts of the State to suppliers, such as STEG, SONEDE or Tunisie Telecom.

The NEXIM Bank and The World Bank to Collaborate on Developing...

Tunisia: Higher international mobility of labor and jobs in the coming...