The coronavirus… an unprecedented economic shock 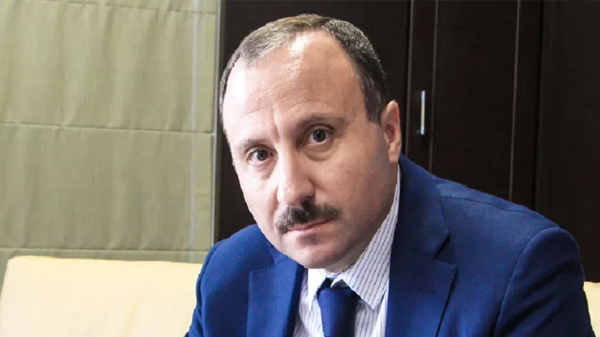 Businessman and President of the Tunisia Africa Business Council (TABC), Bassem Loukil, said the world is heading towards a major economic crisis due to the spread of the new coronavirus (COVID-19).

In a statement to AfricanManager, he explained that this pandemic, which is wreaking havoc all over the world, will have incalculable repercussions, since the Tunisian economy cannot survive without Europe.

The transaction rate of the Tunisian economy with Europe is 85% and more than 50% of our imports come from China,” he said.

The spread of the virus has worsened the situation, as the government of Elyes Fakhfakh has been working on plans to fight the coronavirus, he pointed out.

We had hoped that the year 2020 would be the year of economic takeoff in terms of growth and attracting domestic and external investments, following the appointment of the new head of government Elyes Fakhfakh, but unfortunately, the health situation in Tunisia is critical and will, therefore, lead to a decrease in the pace of financial and economic activities,” he added.

The businessman and president of the TABC also revealed that the Tunisian industrial sector is currently facing an unprecedented crisis.

Many industrial units have exhausted their stock of raw materials, which usually covers between 30 and 40 days, and some have been forced to close their doors until further notice, since 50.3% of Tunisia’s needs come from China, the equivalent of 6 billion dinars of raw materials,” he said.

15%, or 750 million dinars, representing plastic and electrical materials and product components manufactured in Tunisia, he added.

Tunisia is not alone in suffering from this crisis. Indeed, the European market is in turn facing a problem in terms of the supply of raw materials due to the halt in trade with China for more than two months.

China is the “economic epicenter”, as it supplies around 30% of the world’s industrial needs, 70% for other countries”, he stressed.

For his part, the vice-president of UTICA, Hichem Elloumi said in a statement to AfricanManager that the world is currently going through an unprecedented economic crisis due to the spread of the coronavirus.

According to him, national companies are strongly affected by this epidemic, given that 75% of trade is with the European Union, which, for its part, is not to be outdone.

He added: this extremely severe crisis has put employees out of work following the closure of several factories and some companies have reduced their workforce.

The tourism and catering sectors have also been targeted by the Coronavirus and are under serious threat.

We are considering immediate support for the cash flow of businesses at the risk of going bankrupt in the coming days,” he said.

What could the government do? We have started a negotiation session with the government to push it to put in place support and rescue measures for companies, even additional management credits and the proclamation of a situation of force majeure which becomes proven in these moments of crisis,” he explained.

The government is ready to help us,” he added.

Calling on the European Union

To draw on these exceptional circumstances, among others, the President of the Tunisia Africa Business Council called on the government of Elyes Fakhfakh to implement a communication strategy with the European Union so that Tunisia can be the alternative in several sectors, given that Europe is moving towards changing its industrial plan, by reducing the volume of trade with China.

Tunisia and Morocco will be the next economic cradle for Europe. To this end, the new government is called upon to adopt new measures so that Tunisian companies can stand as an “alternative” in certain sectors.

Creation of a Tunisian-African bank is the solution…

Regarding the refusal of the House of People’s Representatives (HPR) to adopt the draft organic law on the founding agreement of the African Continental Free Trade Area (ACFTA), Bassem Loukil described this decision as “detrimental” to the Tunisian economy.

In the same context, he stressed that the African market is very important because it would have allowed Tunisia to enter the market and invest in it