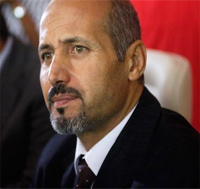 Nidaa Tounes will face several difficulties and cannot alone rule the country, Ajmi Lourimi, Executive Board member of Ennahdha told Africanmanager, asserting that his movement will have a parliamentary bloc that does not reflect its strength as an organization and a strong political party.

Mongi Rahoui, leader of the Popular Front, has, recently, said that his party will not enter into any government if the Ennahdha movement is involved in it. What do you think?

I respect the position of Mongi Rahoui, but I think it is a temporary position as the status of party that won the elections does not mean that it will give instructions to the other parties represented in the future parliament.

Though it is the winner, it will certainly need to be consolidated and supported by others. It also needs to have the confidence of the parliament without forgetting the need to have a broad base and a sizeable political support.

Will Nidaa Tounes, as the main winner, succeed in achieving this goal?

I think the electorate who gave their votes to Nidaa Tounes, deemed incomplete, cannot offer it these conditions. In this context, we must compare it to the Ennahdha considered as a structured and well organized movement with a strong base and a deep history. It also has a clear approach and a definite program.

However, these benefits do not exist in Nidaa Tounes, which has a parliamentary bloc, but it does not reflect its strength as an organization and as a strong political party. I think Nidaa Tounes is still a nascent party and is in the process of development.

Do you think Nidaa Tounes is able to meet the multiple challenges that have been faced by Tunisia for some time?

Objectively, Nidaa Tounes, in doing it alone, will confront several challenges, since it does not have much experience in power except for its President Beji Caid Essebsi. For the rest, there are only inexperienced people.

And even if that party open to other partners except Ennahdha, it could do nothing because these parties do not also have the required experience.

I think the Troika and also Ennahdha have necessary experience in comparison with the parties that won seats in the new parliament. It’s a solid experience as Ennahdha left office for some time and it is aware of issues of concern and knows about different ministries and all public institutions. Another advantage: our party was able to evaluate closely the situation in the country during the election campaign.

It is understandable that Nidaa Tounes has no choice but to forge an alliance with Ennahdha?

We cannot decide instead of this party, especially as the constitution allows it to form a new government. It is up to it to decide with which party it will cooperate.

But, in my opinion, a party alone is incapable of ruling the country and finding solutions for all problems.

Nidaa Tounes should either go to other parties and even make concessions to Tunisia or remain in the framework of the constitution while trying to acquire a first experience in this process.

In all cases, Ennahdha will react responsibly. If we’re going to be in the opposition, it will be a responsible opposition. We will keep the same orientation in case you would not be there. The most important thing is to successfully complete the transition phase.

Do you think there would be surprises during the presidential election, as was the case in the parliamentary elections?

Until now, nothing is clear and no one could say whether there will be a second round in the presidential election. I think, however, that the election will certainly be open.

It should be reminded that Ennahdha has proposed its initiative of consensual president. This proposal has been disturbed due to several factors, including events in Chaambi and the mobilization for the legislative elections.

The consensual president is a good idea if the conditions are met and if the country’s interest is upheld. It is for this reason that Ennahdha has refused to nominate a candidate for president. The reason is clear since it rejects the hegemony of one party over all powers.

In my opinion, voters will choose in full transparency and in the context of awareness of their choice since we facilitated the candidacy of some people in this race.

Tunisia: unemployment rate falls to 15.1%, its lowest level since Q1...