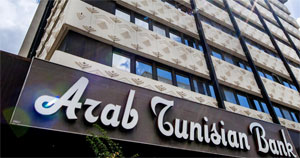 Capital Intelligence Ratings (CI) has affirmed the ratings of Arab Tunisian Bank (ATB), based in Tunis, Tunisia. ATB’s Financial Strength Rating (FSR) is maintained at ‘BB+’ with a ‘Stable’ Outlook.

The FSR is supported by the Bank’s comfortable liquidity, relatively sound loan asset quality, and consistent and solid profitability. The rating is constrained by the level of NPLs and its increase in 2015, together with the difficult operating conditions and a challenging banking sector.

For similar reasons, ATB’s Long-Term Foreign Currency Rating (FCR) is affirmed at ‘BB’, and the Short-Term FCR at ‘B’. The FCRs are also constrained by CI Ratings’ internal assessment of sovereign credit risk for Tunisia. The Outlook for all ratings is affirmed at ‘Stable’. The Support Rating is maintained at ‘3’ due to Arab Bank ownership. Support from Arab Bank would be expected to be forthcoming if needed.

ATB holds a sound franchise in the Tunisian banking sector, controlling around eight per cent of total assets. It has recorded consistently sound performance for many years, supported by its conservative balance sheet strategy, which sees higher liquidity than peer banks. Its loan asset quality is much better than most peer banks with ATB’s NPLs at around one half of the sector’s NPL ratio.

However, its ratio is still quite high and NPLs did increase at a faster rate in 2015. Nonetheless, coverage is sound.

Liquidity has been and still is very tight for most Tunisian banks and the sector overall. As is the case for most peer banks, ATB also sources Central Bank of Tunisia funding facilities due to the shallowness of the deposit market in Tunisia.

The Bank’s profitability improved in 2015, particularly at the operating level. This was due to higher net interest income aided by a lower cost of funds.