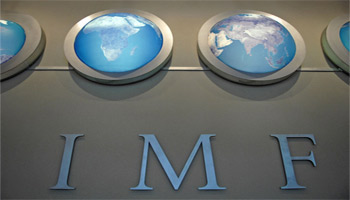 The Revolution of January 14 in Tunisia has brought about economic and financial uncertainty, and downside risks to the outlook loom large amid a legacy of social and economic challenges and increased vulnerabilities, the IMF said in its annual report on the state of the economy.

Nevertheless, stepped-up government spending and a rebound in tourism have helped improve prospects for Tunisia’s economy this year and next, added the IMF.

The country has moved steadily forward with its political transition, including through peaceful national elections, the formation of a coalition government, and the authorization of more than 100 new political parties.

Domestic unrest and conflict in neighboring Libya took a heavy toll on the economy, with Tunisia’s economic activity contracting by 1.8 percent last year as tourism and activity in other sectors affected by strikes declined sharply.

To help households and businesses cope with the effects of the recession, the authorities stepped up current public spending and injected liquidity into the economy. But these measures also led to inflationary pressures and losses in foreign reserves.

The overall fiscal deficit widened to 3.7 percent of GDP in 2011 from 1.1 percent in 2010, as the government increased spending on an expanded wage bill, almost doubled food and energy subsidies to offset higher international prices, and implemented new social measures, including revamped youth unemployment programs.

While Tunisia still recorded the lowest fiscal deficit and public debt ratio of all the Arab countries in transition in 2011, the country also posted the highest unemployment rate of this group of countries, which also includes Egypt, Jordan, and Morocco.

According to the IMF Survey, Tunisia’s external position weakened markedly: the current account deficit widened to 7.3 percent of GDP in 2011 from 4.8 percent of GDP in 2010 as tourism receipts fell by 33 percent and foreign direct investment inflows declined by 26 percent, and international reserves declined to $7.5 billion at end-2011 (equivalent to 3.8 months of imports) from $9.5 billion at end-2010.

In 2012, growth is expected to reach 2.7 percent in 2012, thanks to a gradual rebound in tourism and foreign direct investment inflows and increased public investment, said Joël Toujas-Bernaté, the IMF’s mission chief for Tunisia. “But the economic downturn in Europe—Tunisia’s main trading and investment partner—coupled with social tensions and political uncertainties, substantial weaknesses in the financial sector, and a wait-and-see attitude of investors, will weigh on the country’s near-term growth outlook.”

The challenge for the authorities, the report noted, is to deal with persistent social tensions and spillovers from a possible worsening of the recession in Europe in the short term, while preserving macroeconomic stability and enhancing the potential for inclusive and higher growth in the medium term. To these ends, the macroeconomic policy mix will need to be rebalanced further.

Given the difficult external environment and a still-volatile domestic political and social situation, continued government spending is warranted, but, as planned by the authorities, it will have to be better oriented toward public investment—particularly in favor of disadvantaged regions—to support short-term economic growth and job creation.

“The still-reasonable level of public debt, together with the large external financing identified by the authorities for 2012, allow for a fiscal stimulus this year,” said Toujas-Bernaté. At the same time, however, current spending will have to be contained and, as growth picks up over the medium term, fiscal consolidation will need to be resumed to preserve fiscal sustainability, he noted.

On the monetary policy front, a gradual tightening implemented by the authorities will help contain inflationary pressures, while greater exchange rate flexibility could help stabilize foreign reserves, which have slid further to $6.7 billion at end-June 2012 (equivalent to 3.1 months of imports)—a level that leaves Tunisia more vulnerable to external shocks.

The IMF said there is also an urgent need for reforms in the financial sector to address the high level of nonperforming loans (13 percent of GDP) and limited access to finance, which represents a major constraint in several regions across Tunisia and for some segments of the population. To help safeguard financial stability, the authorities are aiming to broaden and reinforce recent measures to strengthen banking supervision and improve banks’ solvency.

Laying the ground for comprehensive reforms

It recommended developing a new vision for the Tunisian economy and identifying priority reforms that could respond to the great hope brought about by the revolution for a better economic and social future, with opportunities for all, the report said. In particular, concrete solutions to the underdevelopment of the inner regions and to the high youth unemployment will be essential.

– Improvement in governance and the business environment;

– Reforms of the labor market and education system to address the labor skills mismatches; and

– Strengthening of the financial sector.

Achieving higher growth will also require that large external financing, including foreign direct investment inflows and borrowing by the government and corporate sectors can be mobilized, indicated the IMF.

Press Statement of the 534th meeting of the PSC on the...