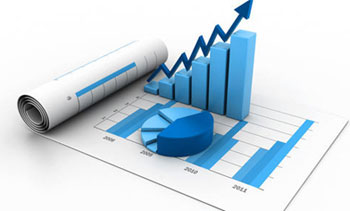 These investments are distributed in the amount of 1,911.9 MD in foreign direct investment (FDI) and 111.4 MD in portfolio.

According to statistics published by the Foreign Investment Promotion Agency (FIPA), industry accounts for just under half of the FDI garnered by Tunisia since the beginning of the year, for a total of 905 MD.

In fact, the Tunisian industrial sector attracts more and more foreign investors, especially during the last four years, with mobilized investments rising from 419 MD in 2014 to 503 MD in 2015 and 779 MD, in 2016, to reach 905 MD, the current year.

This activity has been severely paralyzed by social movements in recent years, which has discouraged private investment.

Director General of Hydrocarbons at the Ministry of Energy, Mining and Renewable Energies, Mohamed Ali Khalil had indicated at the end of November “the repetitive stoppages of production in oil fields in southern Tunisia have caused losses of the order of 930 million dinars in the period May-August 2017.

As for agriculture, investments have always been very modest. At the end of November 2017, these investments fell by 23% to 15.9 MD, compared to 2016.
Share
Facebook
Twitter
Linkedin
Email
WhatsApp
Viber
Pinterest
ReddIt
Tumblr
Telegram
Digg
Mix
Print
Previous articleTunisia suspends Emirates airline flights to and from local airports
Next articleTunisia: reported jobs in services down

Tunisia: 50% of packaged olive oil exports go to US and...

International community must match generosity of host communities in Niger