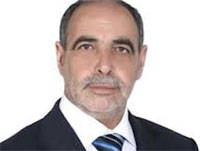 For Amor Safraoui, Chairman of the Independent National Coordination for Transitional Justice, the establishment of transitional justice in Tunisia can only be achieved through political goodwill, which is still missing.

Why does the bill on transitional justice need change?

We organized a conference dedicated to the proposed changes to the transitional justice bill. The point is to highlight the work done by a committee of experts and lawyers from different specialties in order to facilitate the task of the National Constituent Assembly (NCA), since the legal terms and concepts have been well studied.

So there are no more excuses to delay the adoption of the law on transitional justice.

How do you evaluate the process of transitional justice, two years after the revolution?

We missed the opportunity and even a part of the revolution. We have not managed to serve as an example for the world, especially in countries where there was a revolution. Unfortunately, it is still the political side that screwed up the efforts of the civil society.

I hope that with these proposals, we will catch up for lost time.

What are the main changes?

Mainly, the changes have been proposed in the sense of the abidance of the law with the legal concepts and principles of human rights whether nationally or internationally. Perhaps there is a difference between the bill introduced by the Ministry of Human Rights and our project. It is important to note that we have focused on violation regarding the financial side and dedicated an entire chapter to the Arbitration Committee which will adjudicate cases of violations of financial affairs but also violation of Human Rights.

Which threat is currently weighing on the process itself in Tunisia?

This fragmentation, on the one hand, and government’s stranglehold on the process of transitional justice and especially the delay noted in the adoption of the draft law by the NCA, on the other hand. So what is threatening is fragmentation and all the problems faced in courts. These cases are being resolved in a manner that does not comply with the law. We may cite as an example the instructions given not to execute the judgment of the Court of Cassation, and the current Minister of Justice has not deviated from the wrong path followed by his predecessor.

Why do you think there is no real desire to pass this law?

Will it be possible to achieve transitional justice in Tunisia, especially in this ambiguous climate?

I do not know. But personally, I think it still depends on the political will.