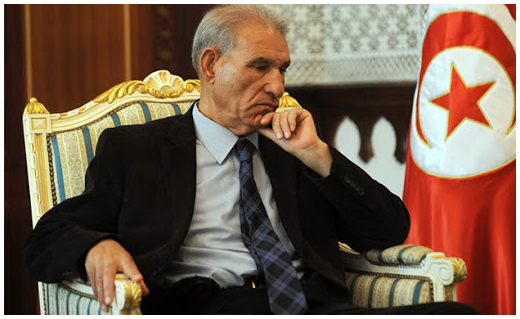 Houssine Dimassi, former Minister of Finance said the government of Elyes Fakhfakh is facing many economic and social problems, adding the new team is called upon to solve several big files in order to save the Tunisian economy which has been suffering for years.

In an exclusive interview with AfricanManager on Thursday, February 27, Dimassi noted that public finances are experiencing a very difficult situation, which weighs heavily on the economic, social and political sector.

In this context, he insisted on the importance of putting in place a battery of innovative reforms, the expected objective of which is to streamline expenditure, improve the State’s own resources, and reduce the budget deficit.

The former Minister of Finance added that it is urgent to control the wage bill which has reached spectacular levels, rising from 7.680 billion DT in 2011 to 20 billion dinars, according to him.

Dimassi said social security funds should be among the main priorities of the new government, estimating that the deficit of the funds will be around 3 thousand billion.

In the same vein, Dimassi pointed to the importance of revising the health system in Tunisia, through the launch of new approaches and initiatives to save the sector and improve its services.

Our interviewee did not fail to affirm that the new government team is called upon to complete the strategy of reforms of state-owned enterprises, as well as the establishment of good governance to ensure better management of public finance.

Indeed, he stressed the importance of resolving the problems of the Gafsa Phosphate Company (CPG) that is experiencing a worrying financial deficit, and which is threatened with bankruptcy. This is the result of many factors that have strongly affected its production and its role in the economic fabric, as a result of “bad measures and decisions”.

The economic and financial expert also said the banking sector has not fulfilled its mission in terms of strengthening and financing investments, given that it has become a sector that finances “the state budget deficit”.

It is time to announce a series of reforms for that sector so that it can regain its true role in the Tunisian economy, he added.

After more than 13 hours of debates, the House of People’s Representatives on Thursday at dawn gave confidence to the government of Elyes Fakhfakh with 129 votes for, 1 abstention and 77 votes against.

The new government members of Fakhfakh took the oath of office before the President of the Republic Kais Said at the Palace of Carthage on Thursday, February 27, 2020.

Tunisia: vegetable prices push up inflation to 4.6% in January