HomeInterviewTunisia is in no way prepared for shale gas, according to ATTEM
Interview

Tunisia is in no way prepared for shale gas, according to ATTEM 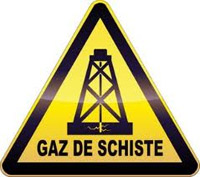 The exploration and exploitation of shale gas has been the subject of controversy for many years, particularly in Europe. In Tunisia, the controversy surrounding the Shell project for the extraction of shale gas is turning into a mobilizing national debate. For further clarification on this subject Africanmanager contacted Sofiane Reguigui, President of the Tunisian Association of Transparency in Energy and Mining (ATTEM).

Tunisia is not even ready on the legal and tax levels (Hydrocarbons Code). In fact, institutions in charge (Ministry of Industry & ETAP) should begin by training skills and involving other parties such as the National Employment Agency, the Ministry of Agriculture … before starting any negotiations for awarding an exploration permit of unconventional hydrocarbon.

How do you explain your participation in the November 7 protest against the granting of exploration permit to Shell?

The ATTEM was there to support this event, initiated by environmental groups united by a firm and clear position, and to tell the government: No to shale gas.

For our part, we had indicated in a statement issued on September 21 that our country is not yet ready for this type of project. Thus, we have asked the government for clarification on any preparations it would have been made on this subject, namely an adequate legal framework for non-conventional hydrocarbons, a plan to protect the environment…

Hence the need for the country to have strict regulation like the examples given by the government, namely the American and Canadian experiences.

How risky is this exploration technique for Tunisia?

We know that the exploration of unconventional hydrocarbons, including shale oil and gas is based on new technologies, namely horizontal drilling, hydraulic fracturing … This is used in the majority of cases and it requires use huge quantities of water to which are added more or less dangerous chemicals. These products pose a direct threat to water resources and the environment. Indeed, to date, there has been no regulation to manage the use of chemicals: which products are authorized and which ones have to be banned? Under which conditions? How and who will control their use? All these aspects require a lot of technical and legislative preparation that can cause huge controversy.

Despite the danger posed by this exploration technique, the government is still engaged in the project, how do you explain this attitude?

You should direct this question to the government! Why all the determination to award this project in the Sahel?

Unfortunately, over the past year, we have continued to seek a full audit of the energy sector to have an updated image about the situation in Tunisia: on the regulatory and institutional levels, the state of the infrastructure and especially the case records of mismanagement and corruption (see the report of the national commission of inquiry into corruption and embezzlement).

In fact, quite a few cases of corruption were revealed by CNICM in the energy sector where there is urgency and obligation to revise the whole sector including the licensing process to ensure greater transparency and traceability in order to restore trust with civil society and all stakeholders.

Transparency and good governance, which we constantly proclaim, require a restructuring of the energy sector. Unfortunately, to date, the government and the Ministry of Industry have not responded to our requests for audit…

Knowing that Tunisia produces just 73,000 barrels of oil per day and they do not cover its consumption, a real problem of “compensation” arises. The energy gap does not justify the use of improvised solutions (unconventional hydrocarbons) that may have adverse effects on future generations, sustainable development and the environment.

An environmental audit conducted on areas affected by mining and petroleum industries during the regimes of Ben Ali and Bourguiba show the disasters. It is better to repair the damage rather than hurry to cause more damage that may be irreversible in other regions.

How do you see the solutions then?

We call to implement a comprehensive environmental plan that covers the entire oil industry in Tunisia and abandon the project immediately because all strategic decisions concerning the country’s future in matters of energy should not done in a hurry or by a government “tasked” with the management of everyday life.

Today, the government faces budgetary pressure and it wants to find immediate and easy solutions. This is also explained by the continuous increase in fuel prices.

An increase that was never understood by the consumer: Why? What is the share of taxes in this increase? What does the state budget compensate?

In fact, the state is trying to compensate not only the price but also the mismanagement and failure to take good strategic decisions (including the new refinery etc…). All these problems should be redesigned and we need to open a public debate on energy to find other solutions (Do not forget that there are already many international opportunities!).

The government needs to develop an objective report evaluating the sector and providing new concrete proposals.

Participants in the demonstration of November 7, 2012 called for a complaint against the Ministry of Industry, what do you think?

I do not know if it has a legal force knowing that the permit has not yet been granted and no contract was signed.

For ATTEM, the problem is not only related to the possible award of this license, it rather concerns the need to revise the licensing process. The civil society wants to understand how it happens. According to what criteria? Who grants these licenses? For which purpose? We also want that the Advisory Committee on Hydrocarbons works transparently with the participation of civil society and experts.

What do you blame the government for?

First hesitation. There had been a lot of contradictory statements within the government.

The Ministries of Industry and Environment do not have the same position on the use of the water fracturing technique.

In addition, there is a lack of transparency. No official document has been published on this subject except for the news story published on September 1, 2012 and speaking about 100 billion investment and four wells to be drilled in 2013 in Sfax, Sousse, El Jem and Kairouan.

The government must also explain the interest of Tunisia in the use of this technique. There must be a working document distributed to National Constituent Assembly (NCA) members, journalists and civil society.

We need as much information on both the environmental and economic aspects.

The Tunisian society needs to be informed and reassured and this is an obligation on the government. This is also part of the social responsibility of the company which must explain all the projects in detail.

It is the responsibility of the government to be clear and precise and publish an official report about it.

Contradictory statements of some members of the government prove that the project has not yet been formally discussed within the government.

The ANC is not even aware of it which proves the lack of transparency and the mechanisms of decision-making within the Ministry of Industry should be reviewed for the sake of more transparency and good governance.

Now is the time to reform the energy and mining sector for the good of our country.