Tunisia: Israel and smuggling behind shortage of medicines and public sector bad payer 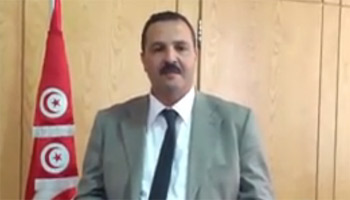 At a press conference held Wednesday in Tunis, Abdellatif Mekki, Minister of Health reviewed the situation of the health sector, more precisely causes behind the shortage of some drugs, new reforms in this area and recent rumors about the cases of deaths from dangerous diseases.

Reserves of drugs, down a week.

Speaking about the lack of several drugs, the Minister of Health stated that “The shortage began to be felt with the influx of Libyan refugees to Tunisia. “We had a strong Libyan population in Tunisia, which explains the lack of medicines,” said the Minister adding that there are currently in Tunisia, nearly 565,000 Libyans, most of them came to treat chronic diseases such as cancer.

The minister also said the phenomenon of smuggling and illegal importation of pharmaceuticals is behind the shortage.

“The scourge of illegal traffic of medicines into the Tunisian territory is likely to cause a” financial drain “and directly affect the local consumption of medicines. The minister, however, did not mention measures to be taken to combat this bleeding!

He was more talkative when explaining some of the shortage, by the existence of a list of drugs blocked at import because labs that manufacture them were bought by an Israeli company, highlighting the refusal of the Government of any connection with Israel.

Among other causes, he added that “since the last events of the Revolution, we had problems with import ships that were left stranded for several days, and this caused the delay of manufacture.

The Minister also referred to the closure of several pharmaceutical units, following the triggering of sit-ins and strikes observed for months in several industrial sites.

The Minister of Health did not forget to mention also the delay in the supply of raw materials to explain the shortage of medicines.

However, vital products are available and so are alternative medicines. “We are bound by a commitment to a regular supply of the market,” he said.

The CEO added that the number of imported medicines in the private sector is estimated at 197 samples, 17 of which are not available in Tunisia. For the public sector, about 148 drugs were imported, of which 23 are currently not available on the market!

The health minister also spoke of the reforms in the sector. He said the ministry is considering the possibility of establishing medicine manufacturing units in Tunisia to treat chronic diseases such as the manufacture of insulin or a medicament for the treatment of cancer. He also spoke of the partnership with Libya for a bilateral strategy in pharmaceutical industry to promote investment in this area.

For his part, Mohamed Amine Moulahi, CEO of the Central Pharmacy of Tunisia, said that the PCT has established a buffer stock to cover the medication needs.

“The Central Pharmacy is responsible for the importation and distribution of drugs towards wholesalers. It also ensures the monitoring of stock supply. Currently, we can say that the supply situation is reassuring, “said Moulahi.

Regarding the assessment of the activity of the central pharmacy, the CEO stated that the turnover of the Central Pharmacy of Tunisia (PCT) grew by 13% during the first 6 months of this year, compared with the same period in 2011.

At the end of last year, sales of the exclusive importer of medicines in Tunisia were at 880 MTD, 634 MTD of which at import.

For the year 2012, the turnover of the PCT is expected to exceed one thousand million TD, up 17% compared to the previous year.

The result of the PCT is beneficial, it is however hampered by its debt from public health facilities, which was 160 MTD at the end of 2011 and is expected to reach 280 MTD in 2012.

The impact will be felt at the treasury and will extend the time of payment of PCT suppliers. The PCT was able to overcome these financial difficulties thanks to the debt owed by the Tunisian financial sector and updated its terms of payment. The importer of drugs across Tunisia remains nonetheless under the threat of unpaid debts of the public sector.