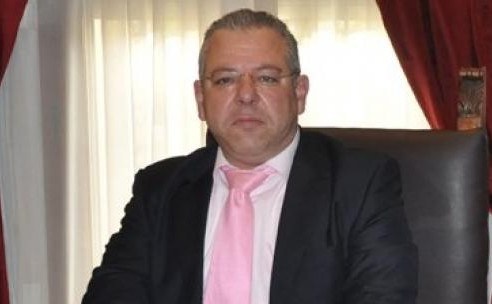 In an exclusive interview with AfricanManager, Jamel Ayari, Conservator of Land Ownership, described the strike declared by the General Union of Land Ownership as “unsuccessful and unfounded”.

The official expressed his indignation with respect to the modalities of this strike. “The strikers systematically closed the doors of conservation and even those of all our regional directorates.

Worse, the Internet and the telephone are blocked and we are isolated, “lamented the official, considering it illogical to resort to this type of means which amount to hostage-taking rather than the exercise of a Right guaranteed by the Constitution.

For the official, the demands of the trade unionists go beyond the prerogatives of the Conservation, which nevertheless has tried everything to satisfy them. “At our level, the four requests are made and have been transferred to the Prime Ministry.”

According to Jamel Ayari, the four grievances concern the change in the status of conservation, functional jobs, the creation of a housing and State property office and the recovery of 60% of the organization’s earnings.

For the first request, he pointed out that a draft decree was submitted to the Prime Minister a week before the strike was called.

Concerning the second claim, the curator pointed out that functional jobs are not the prerogatives of trade unions but are exclusively the responsibility of the conservation and the supervisory ministry.

For the establishment of a State Housing and Property Office, he noted that a draft decree has also been submitted to the Prime Ministry for examination and this three months ago. He indicated that this type of request requires several consultations in order to study the feasibility of the project.

Referring to the recovery of 60% of conservation earnings, our interviewee recalled that this request was the subject of two finance acts, those of 1997 and 2012. “This is not the prerogatives of our conservation or those of the supervisory ministry, and yet negotiations are continuing to achieve this goal, “he said.

The official’s precision came at a time when officers and employees from all regional branches and central management began a two-day strike Thursday.

Responding to the appeal by the General Union of Land Ownership, affiliated to the UGTT, the strikers pointed out that the proposals presented by the supervisory authorities do not respond to the claims of the employees of the conservation of the land property, therefore accusing the officials not to seriously address their requirements.

Forum to discuss ME insurance challenges

Tunisia: cumulative tourism revenues down 52% as of May 10