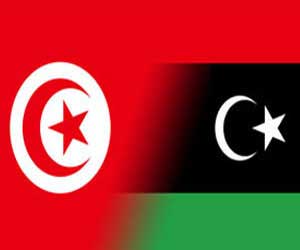 Plans to build a gas pipeline from the gas complex at Mellitah, west of Zawia, to the Tunisian city of Gabes are on the agenda in talks in Tripoli between Libyan Minister of Oil and Gas, Abdulbari Al-Arusi and Tunisian Minister of Industry, Mehdi Jomaa.

The Tunisian minister had arrived in Tripoli on Monday for a two-day visit to discuss energy cooperation between the two countries.

According to the Libyan news agency LANA, the visit is aimed at updating energy projects signed in the past and following up on joint companies established by the two countries.

Libya last year agreed to provide Tunisia with crude oil as well as oil products and two months ago both men inked a deal in Tunis setting up a joint committee to oversee the transfer.

At the time, they also discussed potential Libyan involvement in the $2-billion Skhira refinery project and the possibility of joint projects exploiting border region hydrocarbon reserves.

Arusi was quoted by LANA as saying that the aim of the current visit was to discuss activating the agreement on supplying Tunisia with oil.

Cooperation in oil refining is one of the subjects on the two ministers’ agenda.

An electricity sharing project is also expected to be on the two ministers’ agenda during the current visit.

Speaking in Tunisia on Saturday, Jomaa said that he was determined to set up a gas treatment complex, South Tunisian Gas Project, based in Tataouine. A Mellitah-Gabes pipeline would pass by Tataouine.

There is already a pipeline from Mellitah to Italy.