Tunisia: net profit of UBCI drops by half and market share set at 7%! 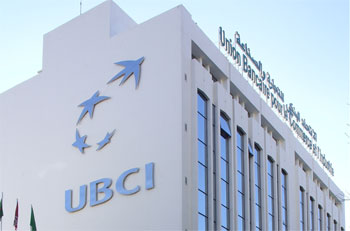 The “Union bancaire pour le commerce et l’industrie” (UBCI), majority owned by the BNP Paribas Group, has released its financial results covering the year 2012. According to these figures, the net profit of the bank fell by 47.8% compared to 2011, dropping from 23.027 million dinars to 12.022 million dinars in 2012.

This decline is attributed to several factors, including primarily the significant increase in staff costs and the rising cost of risk. It is also attributed to the increase of investment in information technology and the launch of new activities.

Despite this decline, Patrick Poupon, General Manager of UBCI welcomed the bank’s achievements during the last year.

In a statement to Africanmanager, he said that the year 2012 brought many challenges, in spite of an unfavorable economic context, noting that efforts were focused on strengthening proximity to customers and the launch of an industrial leasing plan: “It was a year very rich in projects,” said the CEO of the bank, noting that significant achievements have been made, mainly a multi channel to improve customer knowledge and strengthen his proximity to the bank via a proactive strategy to develop remote channels. It was also indicated that a private bank was also established during that year. The objective is to provide an appropriate service for customers and enable the bank to position itself as a leader in this segment.

Among other projects initiated during the year 2012, there was also the launch of an industrial leasing plan with the support of BNP Paribas Leasing Solutions to increase production and NBI by 70% and reach a figure of 5,000 active clients.

Patrick Poupon said there are many other projects in the pipeline and a portfolio of 63 outstanding projects directed mainly to the increase of NBI. Other projects will be directed towards compliance, reducing risks and costs and improving benefits and services.

UBCI will also fund a project with STIR, another with Ennakl and a participation in the banking syndicate that financed the acquisition of the shares of the state in KIA Company. With Taysir, a new micro-finance institute specializing in the agricultural sector, the bank participates in its capital to the tune of 12.5%, or 375,000 TND.

For 2013, Patrick Poupon told us that the bank has accelerated the development of income, noting that quarterly indicators until June 30 are slightly higher than 13%. And expecting the NBI to be better than 2012.

Looking ahead, he said the goal is to make UBCI a reference bank for individuals and businesses and achieve a market share of 7% in the next five years, against a current share of 4.5%. The aim is also to make the bank a financial institution socially responsible and enjoying a strong code of ethics.

With a human capital of more than 1,200 employees and driven by a growth dynamic, UBCI now has a dense sales network of 111 branches and 124 ATMs.