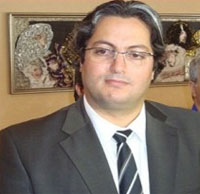 Nidhal Ouerfelli, Secretary of State for Mines and Energy said the national energy debate launched some time ago will be discussed this week in the National Constituent Assembly.

On another level, he took this opportunity to point out that all measures have been taken to prevent power cuts during major heat waves.

Can you give us your predictions on the power peak for this year?

The power peak is estimated this year at 3,600 megawatt, and our expectations in terms of production capacity apart from Bir M’Chergua and others are at 3,250 megawatt. So, we need 350 megawatts to cover ahead of the electric peak during this summer season.

What preparations have you made?

First, I should point out that climatic conditions are now favorable, and it is for this reason that we have not really a very large peak. Today, it is estimated at 2,600 megawatts.

Also, measures have been taken including the establishment of the gas turbine plant of Bir M’Chergua which went into production in June and has a capacity of 256 megawatts. Added to this is the rental by STEG of two mobile units for electricity production which produce almost 160 megawatts each.

Arguably, these units could partly cover the electrical peak expected this year with other measures of incentives.

Among the incentive measures, there is the creation of two commissions in charge of the implementation of these instruments like the major awareness campaign at the national level regarding the use of electricity, especially the use of air conditioners.

In terms of administration, we will put up a new instrument. It involves stopping air conditioners just before the staff leave offices. This measure will be applied during the whole summer season. The second point concerns awareness in mosques, in coordination with the Ministry of Religious Affairs because they represent a very high consumption. We have about 4,300 mosques that already consume more than 100 megawatts. Off period of prayer, we will try to raise awareness in order to reduce the consumption of air conditioning while avoiding wastage.

Another instrument is the one related to the maintenance of power generation facilities and high voltage lines. This will also allow us to save 30 megawatt in terms of installation.

Also, there has been a change of thousands of nests since there were birds and storks on posts. Something which brought us a problem with bird droppings that can cause short circuits.

We can also put the focus on campaigns on radios and all the media. In this context, I wish to inform you that we will try to put an indicator of the level of power consumption on TV.

With these measures, can we say that there will be no power cut this summer?

There are two essential points. The first is the important coordination between SONEDE and STEG at the level of maintenance of pumping stations. We even set up automated stations with parallel lines that could serve as backup lines, if there is triggering of lines. So, we can say that there will be no problems.

Secondly, I think that technically all shows now that we will not have problems of a power cut or water supply except in cases of force majeure which would be out of our control. To date, all methodological projections indicate that we will not really fear such an unpredictable event.

Absolutely, this is important. I can tell you that the national debate will be conducted this week at the National Constituent Committee at the level of the Committee on Energy and then before the plenary session and we will see the first step in regions. The first region will be near Tunis.