HomeInterviewTunisia: raising the retirement age is a matter of life and death,...
Interview

Tunisia: raising the retirement age is a matter of life and death, “says Ahmed Ammar Youmbai 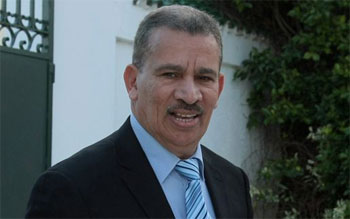 In an exclusive interview with African Manager, outgoing Minister of Social Affairs, Ahmed Ammar Younbai said increasing the age of retirement is a matter of life or death to remedy the deficit of CNRPS in the next five years, knowing that the social funds have recorded a shortfall of 603.073 million dinars in 2015.

He further assured that the government is working to ensure that 2016 be a decisive year for the development of a strategy to combat poverty, announcing that 650,000 people will benefit from the increase in the minimum guaranteed that will enter into force this month.

What can you tell us about the social climate that marked Tunisia in 2015?

Therefore, the number of strikes fell by 26.32% in the public sector and 23.38% in public enterprises as shown in this table:

When making a little comparison between the first half and the second half of 2015, we see a considerable decrease of -78.26% in strikes recorded in the public service. This is an evidence that the agreement on wage increases in the public sector has borne fruit.

And what about the strike called by the sectoral administrative committee of secondary education within the UGTT for January 27 in all secondary schools and colleges?

The decrees concerning physical education’ teachers and teachers of the joint bodies will be published in the Official Journal before January 27.

I am optimistic about the improvement of the social climate in 2016.

It will be the year of social peace especially with the agreement relating to wage increases in the public service concluded in 2015. This does not mean that no strikes will be observed, but there will no longer be tension in the social climate as is the case in the private sector due to pending wage increases for approximately 1.6 million people.

Arguably we have bought social peace for a specified period, and this cost us about 1.8 billion dinars, and that’s why things that will have financial implications could not occur during the next period.

Let’s talk about the situation of social funds, can you draw the balance sheet for the year 2015?

The deficit of the three social funds has reached 603.073 million dinars in 2015 and could reach 4.6 billion dinars by 2020, if the retirement age is not raised.

Indeed, the National Fund of Pension and Social Insurance (CNRPS) is doing very badly and may fall deeper into deficit. Its deficit reached 427.918 million dinars in 2015.

The situation remains serious in the National Social Security Fund (CNSS) and its deficit is lower than the one achieved by CNRPS. Moreover, it amounted to 703.633 million dinars over the past three years including 283.318 million dinars in 2015.

Contrary to what some may believe, CNAM has been able to achieve + 243.831 million dinars over the last two years, including 108.318 million dinars in 2015 while forecasts indicate a worsening of the deficit during this period.

This performance is also due to the good governance conducted by the Department of Social Affairs as well as all measures to reduce the deficit of the CNAM, particularly the recovery of part of the debts of members who have exceeded the reimbursement ceiling of expenses for care.

You have repeatedly said that increasing the retirement age remains the best solution to deal with it. Is that still your position?

Increasing the retirement age remains a question of life or death to remedy the deficit of CNRPS in the next 5 years. In three years, its deficit increased to 901.030 million dinars. This is the best solution and I consider it appropriate to submit the bill to the HPR thereto for consideration and approval during the month, otherwise it would be a disaster especially as the CNSS and CNRPS will no longer be able to pay pensions to beneficiaries.

A project is underway to set up a database of needy families. Can you give us more clarification?

This project is part of a census operation affecting about 900,000 families across the Tunisian territory and who are divided between 236,000 needy families and 623,000 receiving free care while the rest are already on the waiting list. 900,000 families include about 3 million Tunisians. This requires, in my view, a year of preparation as it requires the involvement of all stakeholders involved.

As such, the department began the first stage of this operation through the training of officers.

The second step which is scheduled to start in 2016, concerns auditing and fieldwork.

In this context, I take this opportunity to remind that the government is working to make 2016 a decisive year in terms of implementation of a strategy to fight against poverty.

Do you have a specific date of the publication of the list of names of martyrs of the revolution?

The High Committee on Human Rights and Fundamental Freedoms (HCDHLF) was the first head of the list and I think the president Taoufik Bouderbela has presented it to the three presidents pending its publication in the Official Journal.

Regarding the list of wounded in the revolution, it will, in my opinion, take more time because it requires extensive work and audit. It is logical because this is an expanded list whose numbers exceeds that of the martyrs. The number of martyrs could therefore reach a thousand.

Thousands of workers in construction sites still await the regularization of their situation. What can they expect?

A commission responsible for this file was created, and has already presented its suggestions in this regard.

In this respect, 5,077 people have reached the age of retirement and these were included in the list of needy families while enjoying free health care.

For others whose number is estimated at 60,000, it is proposed to train workers so that they are able to create their own projects.

We also have a large number of workers who could be brought together to help them set up their service companies and others that we could recruit.

This program will be clarified once entrusted to the Committee for promulgation before being presented to the prime ministry and the presidency of the HPR for review.

This measure is already in force and it is expected that 650,000 pensioners will benefit from this increase from January, 2016, with retroactive effect from May 2015.

Tunisia to sign $ 1.7-billion loan agreement with IMF this month