HomeInterviewTunisia-rating: After Standard and Poor's, a further downgrading is expected by Moody's!
Interview

Tunisia-rating: After Standard and Poor’s, a further downgrading is expected by Moody’s! 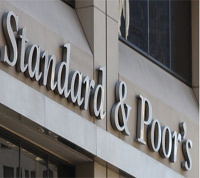 The lowering of Tunisia’s ratings by Standars and Poor’s, the weaknesses of this rating, the risks it entails and the outlook for Moody’s ratings agency are the outlines of an interview given to Africanmanager by Walid Belhaj Amor, Deputy Director General of “Comet Engineering” and President of the Tunisian Centre of Business Intelligence (CTVIE). Comments were collected during a roundtable organized recently by the IACE to present a roadmap for the effective management of the downgrading. Interview:

A roundtable on the lowering of Tunisia’s rating, after more than a month and a half. Do you not see that this meeting comes a little late?

The purpose of this meeting is to debate the issue of the downgrading of Tunisia’s rating away from any political polemic in order to explore solutions. Today, what we are trying to do is to delineate the consequences of this decision and attempt to put forward proposals to remedy the situation. The goal is not a discussion of this rating. The lowering of the rating and its impact is already beginning to be felt on the Tunisian economy. Our goal is to get more in the proposals.

The ratings report pointed to several failures justifying the lowering of the sovereign rating of Tunisia. Can there be talk about the negative effects of this rating?

The weak points of this report involve everything that pertains to the qualitative assessment of the Tunisian economy and the resilience of Tunisia to the crisis affecting the world and Europe in particular. Of course, whenever we are in qualitative assessments, they can give rise to a debate or dispute. Similarly, when standard and Poor’s talks about the government’s ability to implement in the coming months an effective policy to solve a number of problems, this is a qualitative assessment that can be open to challenge and debate. But this is not the most important. The debate on qualitative assessments will obscure the real issue which is the inadequacy and failure to which Standard and Poor’s pointed and which are known by all Tunisians, like the failure of the banking and financial system. Standards and Poor’s has only pointed out some shortcomings that all Tunisian operators knew.

Among the shortcomings identified by Standard and Poor’s, there is the banking fragility. But this is not new. Tunisia has been grappling with this problem for a long time now, what do you think?

Yes, it’s true! I totally agree! The fragility of the banking system is not new. But the problem today is that there has been no progress in that area. There has been no improvement. There are reforms to be implemented.

Today, decisions are not made. The reforms are not implemented. The reinforcement, bailout and recapitalization of banks are not made. There is talk of merging public banks, but nothing has advanced. It was long known that the financial sector is in trouble, but, by dint of not making reforms, weaknesses persist, amplify and deteriorate.

What are the risks of the downgrading for Tunisia?

The risks are huge and important. There are several types. The first is the announcement of the lowering of the ratings, since the information on the lowering of this rate circulates and may affect investors and the spotlights which are focusing on Tunisia. The second risk is that this downgrading will set the country in trouble over its financing needs, whether state or public enterprises that can be brought to get funds from the international market.

There are effects that are felt directly on the national economy and others which are indirect ones.

Today, the effect of this downgrading will also affect the banking sector. Five banks have been downgraded. These are only five Tunisian banks that were rated by Standard and Poor’s. However, this does not mean that these banks are the worst. Rather, they are the banks that use the services of ratings for evaluation. So we can say that other banks are in a situation similar to that of the institutions downgraded by the report.

Today, this lowering of banks’ ratings is combined with the liquidity crisis that we are now living through in Tunisia. This will probably create a situation where access to bank credit for firms will become increasingly difficult, and the interest rate will increase. These are additional difficulties in the road of investment and employment in Tunisia.

Who is responsible for the lowering of the rating by Standard and Poor’s?

What we want to say on the occasion of this Day is that it is a very serious matter. The responsibility is a common issue and so is the action to overcome this situation and move towards a better future.

Everyone is in the same boat: the government, the administration (political and management structure) and the whole system.

Tunisia needs to go now so fast and firm in structural reforms, not only of the financial system, but also the entire country’s economic model, namely laws, relaxation of regulations in general and strengthening of control. Regulations in the Tunisian financial system are extremely rigid and the control is missing. Therefore, there is a need to change this system towards more flexible regulations and a more strengthened control to put the system in a positive form of operability for the Tunisian economy.

The rating of the U.S. agency Moody’s is expected in the coming days, are there any predictions with respect to the ratings of Tunisia?

The two reports, namely of Standard and Poor’s and Moody’s are disconnected from each other in certain measures. Similarly, the weaknesses that are singled out by Standards and Poor’s are real and genuine. According to our forecasts, we see no particular reason that Moody’s does not point to the same failures and does not reach the same conclusion. In short, we expect a further lowering of the sovereign rating of Tunisia by Moody’s.