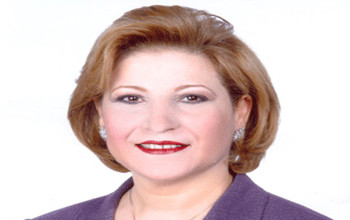 Aziza Htira, CEO of the Export Promotion Centre (CEPEX) calls for the end of social movements, saying they might inflame the situation of the Tunisian economy already at half mast. She sees it an urgent necessity in view of the concerns expressed by exporters who are striving to revitalize the economic cycle, while offering other alternatives to get out of the rut starting with changing mindsets.

How do you evaluate the protests that erupted in several regions?

The explosion of the security situation has a negative impact on many areas, but especially on export, export conditions, and especially on the credibility of exporters in terms of commitments to their customers. The effect can be seen on production and essentially on the business climate. We thought we have managed to overcome a delicate stage where we were able to remove obstacles namely customs and financial problems, or even those faced in ports, besides compliance with standards and requirements of foreign importers. We thought we have made progress, but unfortunately we are left to square one.

The national interest requires more than ever ending the social unrest affecting the country for some time. For these movements could only affect our economy already at half mast. The legitimacy of the social movements stops just when it begins to threaten the national interest. This is why it is time to provide security for us to be able to revitalize our economy and promote our exports whose first beneficiary is the citizen.

Do you have fears about the rise of social unrest in several regions?

Fears are enormous. This climate of instability comes at a time when an adequate program and a number of reforms have already been prepared to develop exports and conquer new markets through competitive, diversified and high added value products.

Have you registered cancellations of visits scheduled by foreign investors?

Several businessmen have postponed their planned visits to Tunisia for many reasons.

What role could CEPEX play in this situation?

CEPEX is part of a global chain. Our role is to move forward to find solutions to the obstacles faced. But in the absence of a climate of stability, we can not do anything. The proof is that we risk losing the Russian market where as we have provided commendable efforts to conquer it. I think everything depends on security to reassure investors not only Tunisians but also foreigners … This is very important especially that many investors chose to leave Tunisia to settle in other markets.

For this purpose, we need more than ever to raise citizens’ awareness about the importance of protecting our assets and our country hard hit. Similarly, we must change attitudes and develop a new vision to move forward and get out of the rut. This is also the time to promote entrepreneurship since we can no longer rely on the public service.

Achieving this goal is possible with the existence of support mechanisms, business incubators and mentoring. This is the time to find the right solutions for the young unemployed to become producers rather than consumers. Among these solutions, there is the promotion of agricultural work which offers many opportunities, the building sector and public works. A great responsibility also rests with the Department of Employment to promote vocational training. It could play a key role in the training of our young people especially that the demand for skilled labor has not stopped increasing in recent years. This department should revise the system of vocational training according to the specifics of interior regions while accelerating the granting of benefits to people who want to create their own projects. We must take these actions in order to break the vicious circle in which we are.

Are you criticizing the government’s decision to recruit 5,000 people in the region of Kasserine and other governorates?

Several observers have already criticized the government’s performance for not having kept its promises and failed to appropriately manage the current situation. What do you think?

Everyone is criticizing the government in place for not keeping but do they know the promises of the government and its work program? This government, in my opinion, is currently implementing its program, despite the fairly limited resources made available to it .However it was not able to communicate on its achievements and on some recovery recorded at several areas. Anyway, it is premature to assess its performance especially in this delicate situation.

What are your estimates for this year?

I am optimistic about the future of exports in Tunisia and we could do better, if the phosphate sector resumes its normal rhythm. We expect to achieve 8% of exports in 2016 against 6.4% in 2015. It should be noted that an increase of 6.4% was recorded in exports in 2015 against a decline of 5.7% in imports. The export-import coverage ratio has improved by two points, i.e. the equivalent of 70%. The export contributes 35% of GDP and your eye a rate of 42% over the next five years. Is it possible to achieve this objective? It is in my view difficult to achieve this goal. It’s simple because of the decline recorded in the previous year in several sectors such as phosphate and derivatives whose exports fell by 31.4% in 2015 against 2.4% in 2014, and that, except for the food industry which soared by achieving performing figures, which has saved the country. Achieving this performance is insufficient to revitalize our economy, because the rise in the export of food industry remains an exception in 2015, and it could not stay the course each year. Now we need the return to normalcy in other sectors such as mining and phosphate so that they contribute to economic growth.

Tunisia: many gas companies want to invest in Saouaf project