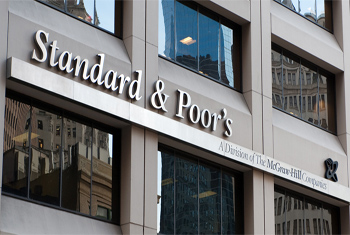 This downgrading, which, although is not surprising for a country like Tunisia that has, however, spared no effort to rectify and reform the banking sector, remains controversial.

In a statement to Africanmanager, financial banking expert Ashraf Ayadi explained that this downgrading is a suspicion indicator and a negative signal to international investors and parties on the situation of Tunisian public banks in terms of strength and credibility.

He has, in this sense, called to stop recapitalizing weak institutions annually and start reforming them correctly. “Recapitalizing and creating a distressed assets management company is not the one and only way,” he said, calling for merging concerned banks’ quality assets around a core of experienced and recognized skills, to create a large national bank that is also a credible path.

“In a country like Tunisia, such a locomotive of regional and national development would help to get out of the current slump. Political and economic leaders are cautious. They save time not to make waves and not risk their careers, “he noted.

According to him, this downgrading which he described as “humiliating” is not the only price that Tunisia will pay for their wait-and-see attitude. “Do not forget that recapitalizations are tapped from funds of a state that is suffering from a high deficit with the risk of increasing the tax burden on citizens as a result,” said Ashraf Ayadi, noting that it is time to take real decisions and project the entire banking sector into the future.

“No change in BICRA within 12 months”

Speaking Thursday on one of the private radio stations, Mohamed Damak, analyst in charge of the Tunisian financial institutions at Standard & Poor’s and also Global Head of Islamic Finance, said, for his part, that BICRA that allows determining the risk the banking system is the starting point for any financial institution’s rating.

He also said that the revision of the rating is due to the significant delay in the implementation of reforms in the banking system, including the recapitalization of state-owned banks and the creation of an asset management company that can reduce to some extent pressure on the banking system through the transfer of part of the tourism sector debts.

Mohamed Damak also noted that since the outlooks are stable, the agency does not expect that the BICRA changes over the next 12 months.

The Standard & Poor’s report indicates that the BICRA revision reflects its view that industry risk in the Tunisian banking system has increased due to the material delays in reform implementation, including the recapitalization of public sector banks and the creation of an asset management company.

According to the report, the delays have led to an increase in market distortions, because the Central Bank of Tunisia authorized public sector banks to continue operations despite the protracted breach of the minimum capital adequacy ratio. This is one of the reasons that prompted Standard & Poor’s to consider the trend of the economic risk and industry in Tunisia as stable.