HomeFeatured NewsTunisia: why is this uproar over inheritance and not over marriage?
Featured News

Tunisia: why is this uproar over inheritance and not over marriage? 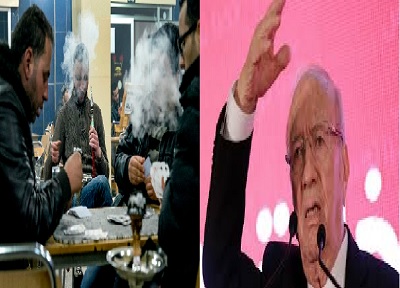 After his thundering speech of May 10, 2017, the old adventurer of the Palace of Carthage, Béji Caïd Essebsi, struck again, where it was least expected in this period when the economic slump fills the entire space: Women’s rights.

Public opinion is still buzzing with unprecedented proposals from the President of the Republic: the legalization of marriage between a Tunisian and a non-Muslim but above all equality between men and women in inheritance. Everybody talks about it.

Even the famous Egyptian institution, Al-Azhar, has been shaken to the point that it has made it clear that it will pull out all stops to bar the way to BCE.

In what way? No one knows for the moment. In any case, one thing is certain: the Head of State has managed to crystallize the attention of the media, observers, analysts and all political actors.

He even succeeded, even if it was not his goal, to eclipse the good news of the good growth figures for the first half of 2017. And politically this is an excellent deal, because the stakes are also political. There is much to be gained … and also to lose.

First there is the fire that the head of state has put in the ranks of his ally, Ennahdha. Well, for now the vast majority of the leaders of the movement observe a heavy, embarrassed silence.

The most notable fact is the strange absence of Rached Ghannouchi. There is also the reaction of the deputy and former Minister of Health Abdellatif Mekki, obviously outraged by the remarks of the President of the Republic.

Or that of the former prime minister of the Troika Hamadi Jebali similar to Mekki’s.

Apart from that, almost nobody has muffled among the Nahdhaouis.

Except perhaps MP Ali Laaridh, whose comment on his Facebook page, which oscillates between a frank support for the initiative of Caid Essebsi and the imperious need not to deviate from the religious dogma, is ultimately illegible and singularly lacking sharpness.

But silence does not mean consent. And by doing so alone, without the consent of the Islamists, who obviously were not consulted in this case, BCE takes a big political risk.

He could take it all in a few years, if he goes to the end of his project, but also lose everything when the configuration of the next elections will force him to form alliances to govern.

From what we have read, seen and heard it is above all the question of the equality of men and women in inheritance which unleashes the passions. Public opinion literally ignites this proposal.

BCE’s critics claim fidelity to the sacrosanct Quranic text, whose precepts are unequivocal on this issue. Yet to look more closely, in all objectivity, this matter of equality in inheritance is only a material issue and even basically material.

And the giving of equal parts to men and women would not in any way upset the social order. Apart from the fact that the preserve of men is cut a little, there is nothing mortifying for society, whatever the opponents of the President of the Republic say. So we must keep a sense of proportion.

This issue has taken enormous proportions because the stake is the interests of the men, and in some cases they are millions of dinars.

Then the men are no longer excited by reason and brandish the Quran and the religious dogmas, the same ones who are not disturbed beyond measure by the rejection of other teachings of the holy text, infinitely more important.

For example the second proposal of BCE, the marriage between a Tunisian and a non-Muslim, is much more problematic for the haughtiest among us.

Indeed, this implies – and I would point out that it is from the point of view of the most rigorous among us – that children born of this union cannot be considered de facto as Muslims, according to the Quran.

Unless they formally convert afterwards. This is a major requirement, which BCE proposes to put aside in the name of modernizing society, almost in general indifference.

What chiefly heats the minds is the division of pennies, villas, lands, & c. This does not carry the name social hypocrisy?

Most of the societies of the world are predominantly male societies, built by and for men.

It was only recently that the women slipped in, and all the rights that they wrested from men were fought for bitterly.

For example, in France, women acquired the right to vote and eligibility on March 23, 1944, more than two and a half centuries after the Revolution (1789) and a century after these rights were granted to men.

The French voted after the Turks, the Spaniards, the Burmeses… All this to say that the rights of women are not self-evident and that in Tunisia as elsewhere, it is a constant struggle in which men are trying to block all progress, by all means.

This case of inheritance is the perfect illustration..

Tunisia: BCT to include Yuan in its foreign exchange reserves from...

Ashraf Ayadi to Africanmanager: Tunisia could end up in situation of...