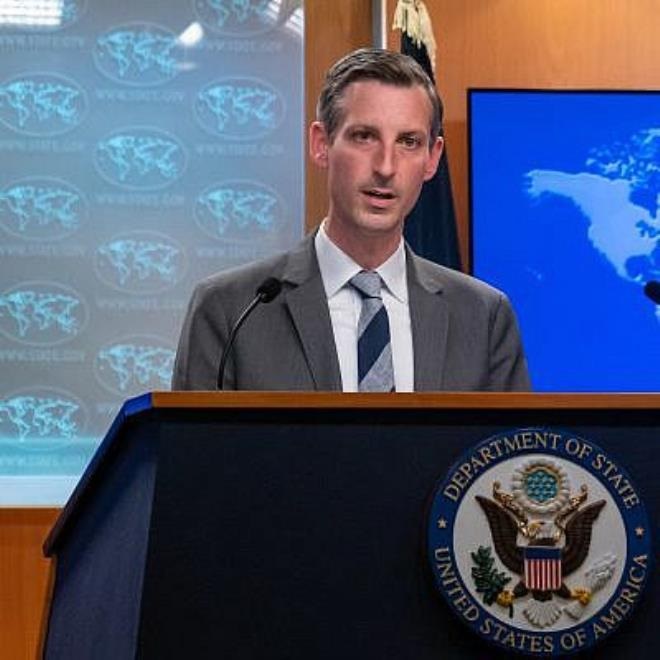 US State Department spokesperson Ned Price urged Tunisia’s President and new Prime Minister «to respond to the Tunisian people’s call for a clear roadmap for a return to a transparent democratic process, involving civil society and diverse political voices,» the US embassy in Tunis said Thursday evening.

Speaking at a State Department press briefing, Price also said «it is essential for the Tunisian government to uphold its commitments to respect human rights as outlined in the Tunisian Constitution and affirmed in Presidential Decree 117.»

He added: «we are concerned and disappointed by recent reports from Tunisia on infringements on freedom of the press and expression and the use of military courts to investigate civilian cases.»

President Kais Saied had met on September 4 a delegation from the US Senate, including senators Chris Murphy and Jon Ossoff.

He was quoted by a Presidency statement as saying the exceptional decisions taken last July 25 «are in full respect for the constitution, unlike circulating false allegations and slanders.»

These measures «reflect a broad popular will and aim to protect the Tunisian state from all attempts to tamper with it,» he stressed.

NDIC organises seminar on bank liquidation for judges in Nigeria