HomeInterviewWe are missing an historic opportunity to reconcile all Tunisians says Hatem...
Interview 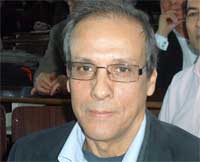 And the draft law on the “immunization of the Revolution” is a dramatic action to remove counter-revolution elements.

What do you think of the draft law on “immunization of the Revolution”?

This bill, as its name implies, is aimed at strengthening the Revolution politically. So, according to studies and comparative law, there are several ways to undertake reforms of political exclusion after the advent of a great revolution and political change. There have been very diverse experiences compared. In several countries of the East, it was done within the framework of national reconciliation. There have been exclusions, but they were very limited and controlled by courts and constitutional courts; this is not the case of the aforementioned draft law.

So, this is politics. In addition, it is poorly worded legally speaking.

As a political scientist, what is the real purpose of this project?

At a period when “Nidaa Tounes” is rising in polls by expanding through memberships, and at a time when the allies of “Ennahdha” are experiencing a dramatic decline in polls and as we are facing economic and socio-political troubles that have become insurmountable for the ruling parties, Ennahdha has tried to stand out through a dramatic action reflected in that law to remove counter-revolution elements.

Indeed, the draft law on Immunization of the Revolution targets essentially elements that are against the revolution, that is to say the bigwigs of the RCD, while counter-revolutions in political science are expressed in a specific concept. Revolution looks ahead while counter-revolution looks back. Hence, all that is likely to impede the progress made and proceed forward with the revolution is supposed to be a step backward.

In general, counter-revolutions cover all those who defend the old regime or even ideas or behaviors (violence, dictatorship, torture etc…) of the past.

You point out that the project will aim to exclude former RCD bigwigs while Ennahdha has not stopped refuting these prejudices?

If the project is aimed at anyone, so why would Ennahdha not wait for the drafting of the new constitution which is already in progress?

I think the political power and the majority should have rather shown to the public opinion that the law is objective and honest, since it will be passed after the adoption of the Constitution and the establishment of a constitutional court. Thus we give guarantees to citizens who are covered by this law of the former regime.

But it is not them who say that there is a guarantee that the provisions of the draft law permit all those who have been included in the list to appeal to the administrative court.

I think it is not enough. The guarantee, in my opinion, is the supreme fundamental principles of the nation, that is to say the constitution.

Politically, after a democratic revolution which was successful, that of the Constituent Assembly, we are missing an historic opportunity to reconcile all Tunisians.

We could have dwelt on a government of consensus; we could have expanded the government by integrating several political parties to show the public opinion that the country is going to move in the direction of reconciliation and out of the transition from crisis to a transition of compromise.

We are still in transition from crisis. The elections of October 23 could be considered as a step towards the transition of compromise. But we missed the latter with much persecution, with violence, leagues for protection of the revolution and Salafists who had attacked the U.S. embassy. All these violent means are ruining the revolution.

Based on other experiences, what should be done to avoid falling into the negative effects of this kind of bills?

What should be done is what the UGTT has already proposed to do, that is to say, bringing all parties to adopt a platform of national reconciliation that would lead logically to the enlargement of the government lineup to other political parties. Otherwise we will not have the opportunity to calm things down and there will always be this political showdown in the country between Ennahdha and Nidaa Tounes.