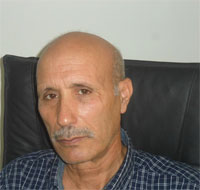 Diverted from its main purpose, the book fair has become a weekly market place increasingly neglected by publishers. Ali Labib, academic and director of Nordsud Edition-Diffusion, argues in an interview with Africanmanager, for better reorganization and control especially on the part of the State to promote the book and culture in general.

What do you think of the book fair in Tunisia?

The book fair, like all other fairs, has as main mission to present products to professionals and citizens. The fair is primarily intended to help people learn about the latest innovations in this field.

However, this is not the case in Tunisia. The fair remains a circle that has replaced traders. Tunisians expect this appointment to scale up to their expectations. This strongly killed the industry.

Fact: we can no longer distinguish the event from livestock markets or even weekly markets.

So you have reservations?

Absolutely. I have remarks regarding the organization and especially the content.

At the organizational level, we can say we have seen a change in shape. But if we talk about the content, we can say that the book fair has failed to serve the cultural institution.

It is simple. The base circle was killed, namely the library responsible for selling books. The sale takes place in the fair and not in bookstores. With this approach, the sale of books has become seasonal and not a sustainable business that will continue throughout the year.

This is unacceptable. If we look at other fairs in other countries, these spaces are limited to display products.

I will cite an important example. In France, the Jacob law prohibits the purchase of books in editions but allows it in bookstores since the state is the largest purchaser of books.

In a recent statement to the newspaper “Achourouk,” the director of the book fair said that efforts are intensified to provide the best conditions in order to organize a new edition. This wish is vitiated by several shortcomings, particularly the number of exhibitors (310) and publishers (510). What do you think?

This is unacceptable, since the regulation of the fair requires that the publisher be present himself or represented by a single delegate. But this is not the case. In Tunisia, a publisher can allow 100 booksellers to represent him in this event.

In this context, we are confronted to a waste of money, especially with the existence of the same title in more than 100 stands. Moreover, librarians are engaged in a war during this fair. So they go to their loss.

In this context, we would like to know why the director has never required one publisher to be represented by himself or even by a single delegate?

What do you think publishers who are experiencing financial problems?

In a developing country, culture should be controlled. With regard to books in Arabic, we can say that these books are facing two major problems. They are old editions that nobody is interested in. Worse, most of these books are thrown in the trash.

It is a waste of money and a disservice to culture in Tunisia. Hence the usefulness of control.

What do you suggest as a solution?

Publishers are asked to send only books published between the two sessions of the fair. Publishers should not send very old titles which unfortunately are sold by the kilo.

Alternatively, professionals have asked the Ministry of Culture for 15 years now to organize the fair every two years and not annually while taking on this task.

In my opinion, it is necessary that the Department withdraw from this activity. It is not its role to organize the book fair.

In conclusion, I see that the organization of the book fair in its current form destroys the profession whether of publishers or even distributors.

Mezri Haddad to Africanmanager :The new constitution is a masterpiece of...