HomeInterviewBrent at $ 80, Achref Ayadi speaks of a disastrous effect!
Interview

Brent at $ 80, Achref Ayadi speaks of a disastrous effect! 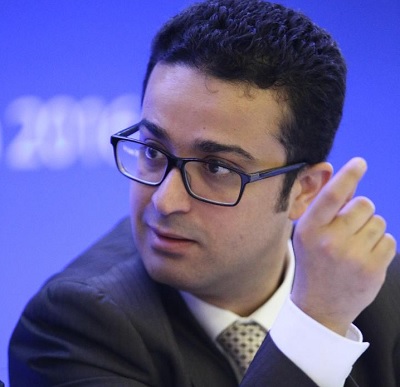 Achraf Ayadi, a banking and financial expert, gave AfricanManager an exclusive interview where he spoke about the current economic situation in Tunisia, notably Tunisia’s upcoming borrowing from the international market and global oil prices which are constantly climbing.

How do you assess the current economic situation of Tunisia?

To answer this question, it is enough to look at some macro-financial indicators at the date of the abandonment of Carthage 2: a Euro with more than 3 dinars, a dollar with more than 2,5 dinars, an MMR of 6,4 % and 14 billion dinars of BCT refinancing to banks (against assimilated treasury bonds deposited as collateral).

These figures are illustrative of a very high level of monetary risks throughout the economy.

With a trade deficit of more than 1,500 million TND in May, the pressure on foreign exchange reserves is increasing sharply.

It is multiplied by the fact that the State’s debt commitments also contribute to accelerating this erosion. Basically, we are in a context of great uncertainty.

They weigh as much on the mobilization of the national savings towards the productive investment as on the capacity of the State to play a positive role of locomotive of the economy.

Do you mean that Tunisia’s borrowing from the international market could be compromised?

I would say it would be particularly expensive. International investors are not fooled. We are making such move with several serious disabilities. The first is related to the economic situation as described above. The second is due to the negative signals emitted by the IMF by putting in place a quarterly review, instead of the half-yearly, which is the consequence of a considerable number of unfulfilled commitments to reforms.

The third is the fact that the United States and the European Union would not be willing to support Tunisia through a guarantee of this sovereign debt to be issued. And the last is rather political: there is no longer a stable interlocutor who can engage the state permanently.

All of these factors will have an impact on the interest rate that would be served to us. From a certain rate level, it is better to lower the amount collected. In this case, I do not know how we could finance the trade deficit (our imports) and the state budget.

To this end, it should be recalled that assimilated treasury bonds’ outstanding financing amount to about TND 12 billion, borrowed by the State from local banks at rates of up to

7.5% to be repaid in 2032! True, growth has returned. It remains fragile and insufficient to cope with the current challenges of indebtedness.

The conditions for a recovery are mostly political, to unblock the reforms and clean up the social climate. The year 2019 would be an election year in which no actor would take risks in the absence of a solid majority. And regardless of the effectiveness of the new majority’s economic policies, we will not see significant results in one year alone.

In view of the sites to open, it seems more appropriate to project us on 5 to 10 years to raise the bar.

Oil prices are constantly increasing on the international market. In light of this situation, how would the 2019 budget compare to the 2018 budget?

The price is also quite volatile and we can note regular increases of 3% and more in a few days.

However, there is no panic in futures; so we cannot talk about speculation on crude.

The explosive situation in the Middle East, the reversal of the Fed’s monetary policy, the Euro, which is gaining ground against the Dollar over the last few months, Russia which is strengthening its integration with its economic partners of the BRICS, the tensions around the agreement on the denuclearization of Iran, etc. are all factors not arguing for a barrel at 54 dollars.

The effect on the 2018 budget will be disastrous. A correction is required through a supplementary finance law.

On the one hand, the state cannot stabilize the compensation of hydrocarbons in view of this international price at the risk of aggravating deficits.

On the other hand, the consumer will end up experiencing several successive increases in the rate of inflation and the price at the pump.

Hopefully the estimates for the 2019 budget would be more serious. It is already announced as a budget marked by austerity. The reforms needed time to unfold. The delay that we have suffered puts us today back to the wall.

You are very pessimistic …

In the short term, yes. Observe the number of young doctors, engineers and academics who are fleeing the country. Count the number of less qualified young people who prefer to run

the risk of perishing at sea than to live without hope to work, to found a family and to project themselves.

We have to put hope back, not with empty speeches, but with something concrete. We have to prove that citizens are right to trust the state again.

The latter is equally responsible and victim of the deterioration of the current situation. Its profound transformation is an absolute emergency.

Very concretely, how can we get out of it?

To unblock the situation as a whole, three pillars must be put in place. First of all, a new social project defining what is a citizen of this country, clarifying the base of values common to all and mobilizing the media and the school to hammer day and night.

Without a social project, we cannot make any collective economic projection. Then, we need an economic project over 20-30 years, with a multi-dimensional impact ranging from educational programs to the management of pension funds.

However, before all that, we need a constitutional overhaul, with less erosion of powers between powers and counter-powers, and the assurance, at each election, of having a true legitimate majority.

This is the only way to anchor the transformations induced by the reforms and to lead a serene social debate. As for operational measures, I have already had the opportunity to detail some of them with Aram Belhaj and published by one of your colleagues.

Too many essential things have not been done since independence. Too many things have been done “wrong” since January 14, 2011. The project is just huge.

Tunisia: national plan to promote exports to be announced April 28