HomeFeatured NewsEzzedine Saidane rows against the current: "IMF does not impose anything on...
Featured News

Ezzedine Saidane rows against the current: “IMF does not impose anything on us” 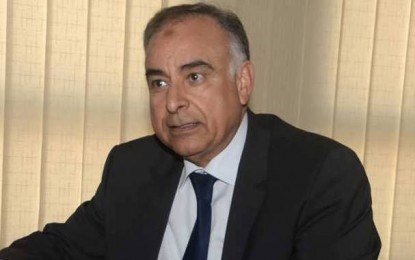 The announcement by Prime Minister Youssef Chahed of a possible austerity policy has not stopped critics.

Economist and financial expert Ezzedine Saidane gave us his views on the subject. He wrote in his official Facebook page: “The economic and financial crisis in Tunisia is deep. Few would dare to deny it. Those who had denied it in the past do not even have the courage to admit they were wrong today, let alone apologize. They made us lose precious time and opportunities to save our economy with less pain and sacrifice.”

Saidane has on another hand indicated that deficits accumulate and growth is still absent, explaining this by the fact that Tunisia has not created additional wealth and jobs, except for jobs that are mostly fictitious in public service and some public enterprises.

He said in the same context that the IMF, which does not impose anything on us, unlike what is said, has refused to release the installments of the credit granted. “Tunisia has indeed not honored the commitments it has made itself as part of the funding application (by Tunisia) to the IMF,” said Saidane, noting that the 2016 budget is still not completed for lack of resources.

“Expenses are indeed there, and they are essentially inevitable. However, a significant gap remains in resources. A supplementary budget law is inevitable. But this practice of supplementary budget laws every year since 2011 greatly reduces the credibility of the budget law and the state budget that is supposed to reflect the state policy and which represents 30% of the Tunisian economy.

Public debt is increasing at breakneck speed while the economy hardly generates more growth, “he said.

Regarding the austerity policy on which spoke Youssef Chahed, Saidane assured that if we mean by austerity rationalization of public expenditure that involves ending mismanagement and waste of state resources, this austerity is requested at any time, that is to say, in times of crisis and in normal times.

But if we mean by austerity “reducing public health costs, layoffs by the thousands, reduced investment in infrastructure in regions and increase in tax rates,” there it is impossible, according to him. “This type of austerity has never allowed the country to overcome a situation of economic and financial crisis.

This has often resulted in deepening the crisis, and sometimes turning it into social crisis, “said the economist, before explaining that the Tunisian economy suffers among others from a lack of demand (both consumption engines and exports are down). “This policy of austerity, as proposed, would inevitably lead to a reduction in demand and a worsening of economic crisis and the public finance crisis,” he said.

In light of this context, Saidane has proposed a set of solutions. These include primarily developing and implementing urgently a comprehensive strategy to rescue the economy, like the structural adjustment program (SAP) in 1986, calling, however, to recognize that our situation today is much more serious than that of 1986. Indeed, it is necessary to stop the bleeding before processing.

He also called to urgently engage deep and painful reforms that were identified a long time, but no government has had the courage to set them up, for lack of courage, patriotism and competence.