HomeFeatured NewsWe can assess the performance of the new government only in at...
Featured NewsInterview

We can assess the performance of the new government only in at least 20 days, says expert 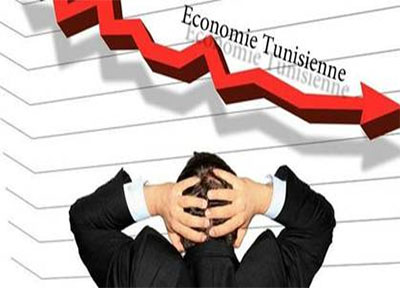 Economic expert Sami Arfaoui said the new government of Youssef Chahed should find other more relevant alternatives to save the country, through a concrete and solid co-operation between all political parties. The rate of indebtedness of Tunisia has increased. Tunisia is called to work harder to get out of the rut.

Can you give us an outline of the current economic situation?

Tunisia has undergone a big economic crisis in recent years. This crisis has affected several sectors with high added value. A bigger job awaits the new government of Youssef Chahed to confirm the recovery of economic growth.

Experts have compared the country’s situation to that of Greece, what do you think?

Yes I share their statements. We are in the same situation as that of Greece, but Greece is supported by the European Union and our country does not receive foreign support.

Can the new government of Chahed save the country?

We need at least 20 days to evaluate the performance of the new government. Currently there is a large delay and controversy over the new government. We need quick relevant solutions to save the country already weakened by many factors. It is called to create other income and several other alternatives.

We also need a good understanding among all the Tunisian political parties and revitalize the Tunisians. Tunisia today is facing a major crisis that is deepening by the day. Such a situation cannot continue and urgent measures must be taken to save the country.

The government has, among others, saved the summer tourist season, is that not true?

It is true that a slight recovery was recorded in domestic tourism (arrivals of Algerians and increase in Tunisian holidaymakers, Russians …), but we must also review the strategy on the three-year plan to confirm the recovery. The sector’s professionals also need to move to other foreign nationals and diversify the Tunisian product, including the promotion of the destination and the establishment of a new communication plan.

Is recruitment in the public service still possible?

The launch of competitions for recruitment in the public service is almost impossible. We have reached the ceiling. Similarly, the state budget does not allow us to further recruit other officials as the country has been facing for years a very difficult economic situation.

Recruitments in the private sector are possible because Tunisian private companies are in the process of expanding activities and increasing yields despite the deteriorating economic situation in Tunisia.

Tunisia: BCT warns against serious slippage in the trade deficit