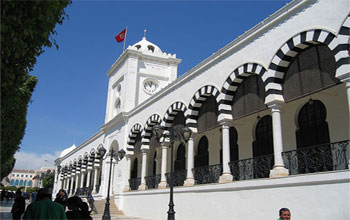 The draft Finance Act 2014 that we received a copy of contains a series of measures aimed primarily at increasing the government’s tax revenues, reduce oil compensation expenses and mobilize additional resources for the General Compensation Fund (CGC).

These measures provide for increasing the road tax by 25% and the creation of a new tax on the over 4-horsepower passenger cars, ranging from 100 to 700 dinars, depending on the power of the vehicle applicable in 2014 and 2015.

The same source states that the provisions of the new law also aim to revise the compensation fee imposed on individuals whose net annual income exceeds 20,000 dinars.

The implementing rules of the fee for the period (2014-2015) and the impact of the non-payment were also mentioned in the new draft budget law, which provided, in addition, for the removal of the ceiling the fee set beforehand to 2000 dinars. The new law provides, in addition, for withholding 20% of the wages paid to non-residents who worked in Tunisia for a period not exceeding 6 months, regardless of the amount of such income.

The Finance Act 2014 also tends to impose certain activities already subject to the flat system to the real system. These include, in particular, the areas of building materials, railway products, spare parts and tea shops. Still regarding the flat rate scheme, the new law provides for doubling the minimum flat fee set at 50 dinars for persons located outside municipal areas and 100 dinars for those who are located inside these areas. Persons subject to the flat rate scheme who report their income for three consecutive years will be subjected to an automatic tax revision, according to the text of the draft Finance Act 2014.

Similarly, the document notes that the draft budget law for 2014 includes social measures, which mainly involve strengthening of tax fairness. To do this, are exempt from income tax, employees and persons receiving pensions and whose net annual income does not exceed 5,000 dinars (the social category whose average monthly income is estimated at 450 dinars). This category will benefit, according to the draft budget law for 2014, of an additional income.

The other side of the story!

In this regard, former economic advisor to the President of the Republic, Mohamed Shawky Abid, said that “the government of Troika is pushing for the expansion of social divide.”

In view of the draft Finance Act 2014, we find, with great bitterness, that it is always the

“enslaved taxpayers” who pay the treasury, for the ” vicious ” fraudsters to take full advantage of public services, he has said.

First of all middle class employees and especially medium and executive-level managers (estimated at 500,000), are being impoverished every day. In fact, by undergoing a tax burden of about 30 %, these “special” employees are forced to replenish the government coffers at the expense of their investment savings, while tens of thousands of professional operators (lawyers, doctors , … ) earn 10 to 100 times more on average, but pay only crumbs with a tax burden well below 10% , he notes . Moreover, the public finance statistics show that the contribution of 40,000 professionals of the BNC category (non-commercial profits) is around 20 MTD per year under income tax (i.e. an average individual contribution of 500 dinars per year!), Mohamed Shawky Abid, former economic adviser to Carthage specified.

He added that transparent companies are increasingly sanctioned and the excess of transparency causing them more trouble. Thus we see that in the category of companies (about 110,000), only 1% contribute up to 81% in the formation of the corporation tax.

Among this sample of good payers, there are certainly major corporations, banks, public companies, telecommunications companies and oil & mining companies , but there are also many SMEs/ SMIs that have chosen to be citizens and fulfill their contributory duty.

However, he pointed out , a quick consultation of the file of companies reveals that among the 99% of companies contributing to 19% of the corporation tax, there are quite large LLC’s (Limited Liability Companies) reporting low earnings to pay crumbs . In other words, if a thousand companies report 80 % of revenue in corporation tax (i.e. 3. 4 MTD), it is likely to find a second thousand companies that could potentially yield profits between 0.3 and 0.5 MTD.

Support for the UN Project for Africa Rapid Deployment of Engineering...

G8 called upon to support transition in Tunisia through $34 billion...

Speech by Head of DFID Malawi, Jen Marshall, on the announcement...