HomeFeatured NewsIt has almost been forgotten in the rush of presidential elections. The...
Featured News

It has almost been forgotten in the rush of presidential elections. The FATF is back this Sunday! 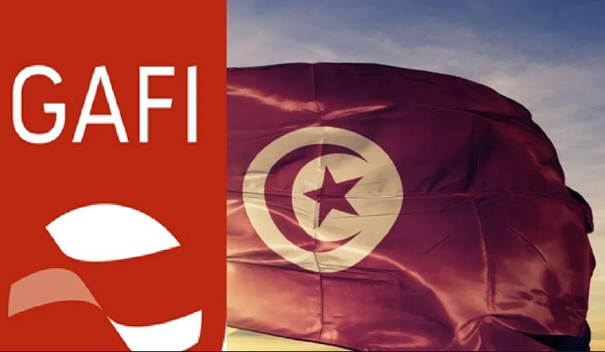 First, a reminder of the history of relations of Tunisia with the FATF. Taking office as governor of the BCT, Mustapha Kamel Nabli then asked for the Financial Sector Assessment Program, an evaluation of the Tunisian financial system by the World Bank.

The latter, systematically involves a visit from the FATF, whose last visit to Tunisia, dated back to 2007 and should be repeated in 2017.

By mutual agreement, the visit had been advanced to 2012, while Tunisia was not prepared and was in the midst of revising the constitution.

That is why the visit of the FATF only took place in 2014, and with a new approach.

Beginning of a case that should not have happened

The latter then had two parts. The first concerned the implementation of reforms and the second regarded the effectiveness of these reforms. The report of the FATF on Tunisia was released in 2016.

In 2017, the FATF notified Tunisia of its blacklisting. A scandal broke out and all the opposition was offended but glad to find a pretext to question the Prime Minister.

The government had for a while found a scapegoat, especially since the government, which knew very well the shortcomings of its financial system, could and had to take its time and make the necessary reforms, without risk of ‘being classy.

That blacklisting had done a lot of damage to Tunisia and forced it to resort to the European Union to help it out, up to giving the impression to the EU ambassador, who has become intermediary, that he could make the sun shine or make it rain, especially in the DCFTA that was dear to him and even afford to give advice to the government in place.

He was called to order and Tunisia was partially removed from the black to the grey list.

An action plan was then negotiated and validated by the FATF, divided into five chapters and comprising over 80 measures to be taken, to be fully cleared.

On January 22, 2018, this plan is presented to the Council of Ministers. The point was to finish it in one year. Skeptical, the Tunisian Minister of Foreign Affairs was surprised at the CM.

The team in charge of this case, however, is working very hard, “with the unconditional support of the Prime Minister and the Governor of the BCT,” a member of the team tells us.

There comes then the establishment of the national register of companies and modification of the law of 2015.

Establishment too of guidelines for the professions concerned, such as jewelers, lawyers and accountants, notaries, casinos and estate agents , the Stock Exchange, and the Financial Market Council, to name a few, to always check the source and nature of financial transactions to prevent money laundering or terrorist financing .

Six small cabinet meeting were then dedicated to this issue of the FATF.

In June 2019, the FATF recognizes that Tunisia has finalized its action plan, which is consistent with all its remarks and requests and decides to schedule a visit “On Site”, to make certain, in Tunisia and in all the structures and institutions concerned, of the successful implementation of the reform plan.

Decisive and “dangerous” appointment in midst of elections

This FATF’s on-site visit to Tunisia will take place on September 16 and 17, the day after the announcement of the results of the first round of presidential elections, with an acting Prime Minister, an interim Head of State and a number of ministers, concerned or immersed in the various elections in Tunisia.

It is at the end of this on-site visit, and in view of what the FATF experts will notice during their visits to almost all the institutions and different professions and even to the structures in charge of the fight against terrorism and corruption, that the FATF will decide whether or not Tunisia can definitively be removed from the black list.

Out of precaution, the government decides, on the suggestion of Faisal Derbel according to our sources, to organize a mock on-site visit.

As in a mock exam, recourse has thus been made to independent evaluators who are experienced in this field or who have done so on behalf of the FATF in other countries.

Instructions were given to evaluate everything and to comb everything before the arrival of the FATF team.

This was done on August 22 and 23, 2019. In the opinion of those who organized it, the mock in-site visit would have been overall satisfactory.

It is assumed that, by September 15, the necessary edits will have been made, to ensure the success of the actual examination of the FATF.

The visit taking place in the midst of elections, hope that the foxes of the FATF, will not ask the ISIE, for example, if the candidates in the presidential and legislative elections have all

declared their assets and if the ISIE and the Court of Auditors have verified the origin of funds that have financed the campaigns of each candidate!

It is also believed that, at the same time, the Board of Directors of the MENAFATF should meet in Tunisia.

Besides the evaluators of the FATF, no less than 54 other members of the MENAFATF will come at the same time in Tunisia.

It will then be necessary not only to give all the proof of the implementation of the reforms that condition the exit of the black list, but also to do remarkably well with the members of the FATF and Europe, which had at the outset somewhat contributed to Tunisia’s blacklisting.