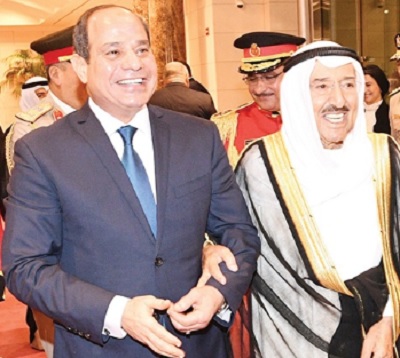 Kuwaiti security forces broke up a riot by Egyptian workers seeking repatriation who were being held in shelters dedicated for those in violation of the Gulf Arab state’s residency laws, the Ministry of Interior said on Monday.

Security forces intervened after “riots and chaos” broke out and seized several people who would face legal measures, the statement carried on state media said.

Several Gulf governments are trying to arrange flights for foreigners stranded or affected by job losses due to the coronavirus pandemic as well as those whose residencies have expired and will not be renewed.

Kuwait agreed last month to allow expatriates violating its residency laws to leave the country without paying fines or air tickets, with women and children due to leave first.

Local newspaper Al Qabas said some 28,000 foreigners out of estimated 160,000 without valid residencies have registered for repatriation and were being held in 34 shelters across the country. It said this included some 6,500 Egyptians, 6,300 Indians and 6,000 Bangladeshis.

Millions of expatriates, many from Asia, make up the bulk of the Gulf Arab region’s labour force.

Initially coronavirus cases in the region were linked to travel but Gulf Arab states have seen an increase in infections among low-income migrant workers living in overcrowded accommodation.

Kuwait has among the lowest infection counts in the region at some 4,980 cases with 38 deaths. The total for the six Gulf Arab states has surpassed 67,600 with 380 deaths.