HomeInterviewSlim Besbes to Africanmanager Troika is not responsible for the economic disaster...
Interview 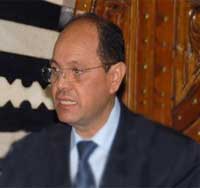 Former Secretary of State for Finance and advisor to the Prime Minister, Slim Besbes gave Africanmanager an exclusive interview in which he said that the Troika to which he belonged was not responsible for the economic disaster and bankruptcy, explaining the deteriorating economic and financial indicators of the country by poor governance inherited from the old regime as well as the damage caused by the revolution.

About the cluttering of the public service, Slim Besbes has blamed the government of Mohamed Ghannouchi, a minister of Ben Ali as well as Beji Caid Essebsi, because of the anarchic recruitments made after the revolution to ease social tensions and stop spreading protests at that time.

The Troika is accused of being the cause of the economic disaster or even the bankruptcy of the country. What do you think?

First, it is better to make a more precise diagnosis of the economic and financial reality of the current situation of our country. Based on indicators certified by prestigious international institutions such as the IMF and the World Bank (see the latest IMF report and the 2013 report “Doing Business”), post-Troika Tunisia was not living through an economic disaster nor a fortiori, was on the brink of financial collapse. It was just facing serious economic and financial difficulties caused by the shortness of transitional governance.

Indeed, we should never lose sight of the fact that the specificity of the final phase of democratic transition that we are currently living through under JOMAA’s Government suffers cumulative economic and financial repercussions, including both the legacy of poor governance of old regime and the damage caused by the revolution, not to mention the damage resulting from the extension of the transitional process.

As for the Government of the Troika, in addition to its eminent success, it has fulfilled its political mission, to the point of sacrificing itself to ensure the successful completion of the transitional process. It managed by opting for an expansionary fiscal policy to get the country out of recession and save it by avoiding that the recession continues, despite the difficulties inherent to the transition to democracy (strikes , sit-ins , explosion of social demands , terrorism, political assassinations, political infighting … ) on the one hand and the inappropriate conditions in the global economy (continuing economic and financial crisis , particularly in Europe ) and regional (instability in Libya , increased cross-border terrorism), on the other hand.

But, the troika is accused of having chosen an expansionary policy while it should have opted for a more austere policy.

The challenge is to develop a short-term program that leads to economic recovery and social stability, while being at the same time adapted to the transitional context and the country’s means. Those who advocate austerity dogmatically ignore the exceptional circumstances of the transition and ignore the real means available to the State.

In this regard, the government elected on 23 October 2011 had mobilized in the first months of 2012, to establish a short-term economic program for the transitional period 2012-2013 , focused around three objectives, namely social peace and security, economic recovery and the start of structural reforms to pave the way for a new development model.

This economic program is based on an expansionary fiscal policy to ensure, in a first step, economic recovery, revival of demand and development of investment and, in a second step, control and rationalization of public spending. This policy of ” Stop and Go” did not aim to address the structural problems inherited and triggered the revolution like unemployment, poverty and regional imbalance but to ensure the recovery of the economy and bring it out of the recession.

Through this program, the Government of the Troika has managed to meet the challenge and revive economic growth by increasing its negative rate at an average positive rate of 3.2% (3.6% in 2012 and 2.6 % in 2013), which exceeded forecasts, despite major political upheavals that characterized the past year.

If we relied on official figures released from budgets executed in 2012 and 2013, we will see that this economic success is far from burdening state finances. Thus, concerning the evolution of the outstanding public debt, the debt rate remained virtually unchanged from 44.4% in 2011 to 44 % in 2012 before rising slightly to 45% of GDP in 2013.

As for the rate of the budget deficit, despite a deliberately expansionary policy, it was brought down to 5.1% in 2012 before falling to 4.5% in 2013. Regarding currency reserves, the government of the Troika has maintained them almost at their original level while the previous government had consumed 30 days of the coverage of imports, i.e. nearly 3,000 MTD.

It follows that the policies adopted have well kept the financial strength of the state by controlling debt and deficits despite record levels of expenditure.

Thus, the state had paid in 2012 and 2013 some 8.525 billion dinars of due amounts. This amount is higher than those paid by the governments of Ben Ali in 2010 (3,608 MTD) and Beji Caid Essebsi in 2011 (3,618 MTD). On the other hand, we certainly borrowed during the same period, slightly less than 9 billion dinars, but at the same time, invested over 9 billion dinars. Therefore, the financial governance of the Troika has complied to the letter with the principle of intergenerational equity.

The troika is also accused of having increased the burden of the administration by increasing disproportionately wages?

The exceptional increase in the payroll of the public service by 50% in comparison with 2010 is actually due to several factors, the most important of which date back to the governments of Mohamed Ghannouchi and Beji Caid Essebsi (2011), which yielded to union pressure leading to the approval of a significant increase in wages and salaries as well as the activation of special social agreements and regularization of precarious modes ( temporary contracts , mechanisms and sites, subcontracting ..).

On the factors attributable to the Troika, I would report its proactive policy to address the cyclical challenges and support the most vulnerable social categories most affected by precariousness under the old regime. I thus implemented a program of exceptional recruitment, applicable only to the year 2012 and intended primarily to repair damage suffered during the previous regime (rights-holders of martyrs, wounded of the revolution, beneficiaries of the amnesty, priority employment based on social considerations), and the volume of new recruits is especially oriented to sectors in urgent need such as security, control and social departments (education, health…).

Can we speak of mistakes by the Troika? Do you regret anything?

The main weakness of the Troika is in the natural order of things, namely its lack of experience in the management of state affairs. Apart from the old pre-revolutionary governments, Tunisia has no team ready to comfortably manage the country, let alone in full transitional period. It is this inexperience that has unduly lengthened the period of transition with all its collateral damage. The paradox is the return of the clock to zero whenever the team in place begins to master the workings of the administration. The transitional period is therefore distinguished by a succession of fleeting and inexperienced governments. What I regret is the non endorsement of Hamadi Jebali’s initiative announced in February 2012. It should have shortened the transition period by one year and saved our country additional burdens and risks thereunder.

The national bond issued by the Government of Mehdi JOMAA Will it really lead to solutions to the crisis?

This loan will be really interesting if it is essentially an alternative resource and not just a redundancy with existing products, such as treasury bills. To this end, the bond should capture new resources not yet apprehended by the classic bonds like the savings of Tunisians abroad or hoardings of residents coming from undeclared sources. Apparently, the official mobilization effort is more focused on the institutional (including banks and insurance companies), which may dry bank liquidity and divert investment savings, particularly because of the attractiveness conditions of the national bond.