HomeInterviewTunisia: prices of subsidized oil and sugar remain unchanged, agreement is in...
Interview 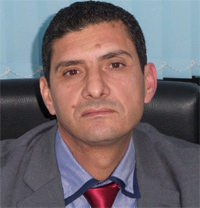 In an interview with Africanmanager, Noureddine Agrebi Head of Agrifood Industry at the Ministry of Industry has assured that prices of subsidized oil and sugar will not see any increase while explaining the reasons behind the shortage of these two products on the market. He also said that an agreement will be signed in a few days on the call of farmers to revise upward pricing of tomatoes in proportion to production.

The Tunisian market experienced a shortage in terms of subsidized oil. Can you explain the causes?

Initially, it should be remembered that the consumption of subsidized oil increased from 154,000 tons in 2010 to 190,000 tons in 2013. Prices in comparison with other products such as corn oil are significantly lower to 900 millimes. Similarly, these prices are considered very low compared to those in neighboring countries.

Subsidized oil is used in several sectors such as catering and hospitality while this product is only dedicated to household consumption, not to mention that this product has been affected by smuggling to Libya.

This is why the administration has decided to limit the quantities consumed to 150, 000 tons, i.e. the same amount consumed in 2010. The achievement of this objective is based on the distribution by quotas of that amount between refiners given the packaging capacity of each unit, its history and the number of staff employed. Note that specific criteria have been set up to distribute these quotas.

The distribution by quota of this amount of subsidized oil began in the month of Ramadan. However, companies have been affected by this decision since there has been a decline in the amount distributed, which did not go without affecting the relationship between the management and the profession.

Given this fact, a technical commission has been created and it visited all companies whose number amounts to forty.

The new distribution of the quantity entered into force earlier this month following a review of the distribution of quotas; the revision was welcomed by almost all companies. It was followed by an improvement in market in terms of supply.

So we can reassure consumers because the product will be available in abundance on the market, and this in a few days.

Rumors circulated recently that subsidy on vegetable oil will be removed?

Above all, it is clear that a bottle of vegetable oil costs for the state 2,200 TD while it is sold for one dinar, which remains below the subsidy.

So there is no intention to remove the subsidy on oil, however, it will be targeted to directly benefit families and not other categories with the aim to returning to the same level in 2010, i.e. 150 thousand tons.

To do this, we had to set up accompanying measures. These include strengthening control measures by assigning each packaging unit a specific quota. This facilitates the task of the controller who could check the amount of oil sold while exercising control over restaurants and hotels.

Have you taken into account the interests of hotels and restaurants?

The law already forbids restaurants to use the subsidized oil. In my opinion, this is an advantage for the importation of other non-subsidized oils such as corn oil. Need I remind you that the state had already decided, in 2006, benefits for packers such as exemption from VAT and customs duties in order to diversify the range on the market and reduce consumption and compensation of subsidized oil.

And about vegetable oil, are there any moves to remove subsidy?

Certainly not, knowing that the subsidy of vegetable oil is estimated at 280MTD. For more details, quotas, since 2006, are distributed by the National Oil Board (ONH) between the 11 refining units. From 2000, three new units have begun production and have already asked for quotas.

That is why the government had decided, in 2011, to establish competition in the refining system by opening of a tender which sets quotas with the participation of refining units. A specification has been developed and a tender has been launched.

However, units that received quotas have refused to participate in this tender with the exception of six of them by proposing new refinery prices that would save money. Pending the application of this tender, there has been consultation with all units who are informed about the new prices. But many of them refused to work under the new conditions. In this situation, the administration was forced to deal with 6 units that have accepted the new conditions (a minimum price with a reduced loss rate).

The first quantity of crude oil was distributed in the form of quotas in proportion to the refining capacity of each refinery.

What about the shortage of sugar in bulk?

The stock is available at the country level since the Board of Trade currently holds 80,000 tons of sugar, the equivalent of two months’ consumption.

Sugar was submitted to the monopoly of the Board of Trade, knowing that the consumption is estimated at 380,000 tons annually part of which is for industry and households. I think the problem has existed for years. It involves the sugar distribution margin, considered low and not an issue of availability of the product. It is for this reason that retailers have chosen to avoid the sale of sugar because they were forced to go through wholesalers.

The same applies to processed sugar, except that there is a price differentiation between sugar for industry and the other for household. Indeed, industrialists buy it more expensive and there is a price increase at the end of the first half.

Prices will increase in mid-2015, but there will be no other increase. The solution that should be considered to avoid this controversy is the packaging of sugar. Value added is important under the form of creation of new jobs by contributing to the reduction of the subsidy and of course the diversification of the range on the market.

Tomato growers called for pricing of tomatoes in proportion to the production, i.e. 150 millimes/kilogram excluding tax. Industrial side, do you think it would have any effects?

On the industrial side, tomato sales price for the industry is currently at 130,000 / kilo since 2013, up 15 millimes with increases in all production inputs (labor, fertilizers, energy, and water).

Yet there was an obligation to ensure income for farmers to revise the price. This revision should take into account a respectable income to farmers and competitive cost for manufacturers at export. It should also take into account the purchasing power of citizens because in each revision of agricultural prices, there is always an impact on the industry.

On this issue, I can assure you that consultations are ongoing between the various stakeholders like the UTAP and UTICA to find an equilibrium price. I announce that an agreement will be concluded within days.