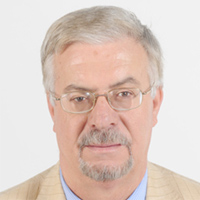 The Director General of the Agency for the Promotion of Industry and Innovation (APII) announced the launch of a study to identify the real reasons behind the reluctance of young promoters. He also denied, in an interview with Africanmanager, reports that the APII has manipulated figures, noting that a validation cell is tasked with examining the statements and making the necessary corrections before the publication of statistics.

How would you describe the current situation of the industrial sector?

Projects reported in the industrial sector amounted to 1,321 in the first 4 months of 2015, posting a 3.8% decrease compared to the same period of last year (1,373). This decrease is attributed to the fall in several sectors such as the agri-food industries (-9.1), leather and footwear industries (-11.4%), the chemical industries, (-8.3%) and various industries, (-4.4%), with the exception of the BMCGI and the mechanical and electrical industries which recorded respective increases of 12% and 1.6%

If we look at the situation by regime, we find that totally exporting projects fell 3.9% from 305 during the first 4 months of 2014 to 293 during the same period this year.

A decrease of 24.9% was recorded at in foreign equity investments i.e. 95MTD while investments promoted by Tunisians were up 11.3%. The problem is at the level of FDIs that still await better visibility.

The Court of Auditors’ report has questioned the figures disclosed by your agency, causing some controversy. Can you clarify?

First, the figures are not manipulated. But the achievements presented by the Court of Auditors and which are provided by the API have been reported in a total of declarations affecting the industry and services sector, even non-surveyed projects.

I also want to clarify that APII has set up a validation cell whose mission is to examine these declarations and to make the necessary corrections before publishing the relevant statistics, namely the suppression of declarations made more than once or in several different areas, the removal of declarations that cancel and replace other previous ones or even cancel declarations that relate to conversions of existing investment regime.

In accordance with the articles of the code of investment incentives, these declarations may relate to project creation, extension or replacement of vehicles and must be issued to applicants be they promoters or companies, whether private or public, as long as their activities are consistent with activities stipulated in the code.

That having been said, some people criticize your lack of monitoring projects?

This is not true because all projects are systematically monitored annually. 14,000 physical surveys are carried out annually through the 24 regional offices. These surveys are already the subject of an annual report published in January of each year covering all relative rates of investment, projects and jobs.

For this purpose, the methodology adopted is to investigate industrial projects whose stated investment is greater than or equal to 100,000 dinars, which allows us to reach 53% of projects totaling more than 95% of investments and 80% of the reported jobs during the 2010 -2013 period in industrial activities.

According to your statistics, the number of unrealized projects is of the order of 50.3%, which is a preoccupying figure. How then to remedy this situation?

The APII has pledged to launch a study in the course of this week to know the reasons for the reluctance of young promoters.

For now, we are in the process of selecting the consulting firm that will be responsible for developing it. This is a strategic move, in my opinion. For, a series of recommendations will later be made.

Moreover, this survey will be conducted on a sample of 1,000 companies. It should be noted that the choice of this sample was made according to proven scientific methods.

I remind you that the APII is a new structure dedicated and innovation. Its mission is to spread the culture of innovation among businesses by promoting programs and funding mechanisms, while encouraging them to develop innovative projects. Add to this the supervision of companies, and this in collaboration with other business competitiveness support programs to identify innovative projects.

To date, 140 agreements have been were signed with companies to help them develop innovative projects. In this context, the role of APII is to provide expertise in technical coaching.

In addition to the agreements, the interest focuses on the organization of events dedicated to innovation. Hence, the Agency will organize the 3rd edition of National Innovation Days in the next month. This event will be under the aegis of the Ministry of Industry.

Moreover, Tunisia will participate in the International Paris Air and Space Show to be held from June 15 to 21 in France. It will have a pavilion, in coordination with APII, AFI, FIPA and CEPEX with contribution from the inter-professional group of aeronautics. A Tunisia conference will be organized by the ministry in Paris on June 16.

This is a major event since the field of aeronautics is growing, knowing that Tunisia currently has 70 companies operating in the sector.

How to revive the economy in a sluggish economy?

This is the time to facilitate procedures, starting with changing the current legislation in order to give it more flexibility.

Among the other recommendations, I think we need that infrastructure is put in place inside the country and why not further encouraging private sector to invest in infrastructure.

Similarly, it is important to reassure our foreign partners so they know that Tunisia is well secured. Still, it is important to develop contract-programs in coordination with businessmen to invest. It is not only the role of APII, but of all stakeholders involved in Tunisia.

What is your forecast about the situation of the industrial sector throughout this year?

We can truly say that the industrial sector has been weakened in the last few years, and this because of funding difficulties. However, it remains the least damaged sector of the country.

We have noted during the last years a fall in the number of projects (50%) which received financing from the Fund for Industrial Promotion and Decentralization Fund (FOPRODI). The reason is simple: the applications are submitted to APII only when they obtain the agreement of banks. Now these institutions are funding only 50% of the projects.

Despite these problems, I expect a recovery in the second half and we could return to positive indicators. This would also be achieved with the implementation of a new investment code and the promotion of public-private partnership.