HomeFeatured NewsTunisia: After Belaid, it is the turn of Brahmi; political murder starts...
Featured News

Tunisia: After Belaid, it is the turn of Brahmi; political murder starts up again 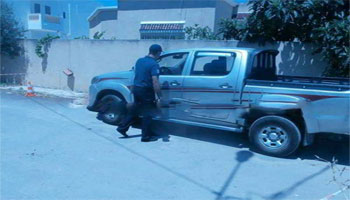 Mohamed Brahmi was killed. He is the third Tunisian politician after Lotfi Naguedh and Chokri Belaid to be assassinated during the first two years of the reign of the Ennahdha in Tunisia after Ben Ali.

The reign of the latter which, of course, had ruled with an iron fist that earned Tunisian opponents several prison terms, had not made such a slaughter among the Tunisian political class. Ben Ali was the same one who had saved the head of Rached Khriji Ghannouchi when Bourguiba wanted to put him to death by hanging.

As in the murder of Belaid, the Ministry of the Interior, which was the last to know, will initiate an investigation that will lead nowhere.

As with the assassination of Chokri Belaid, the Brahmi’s assassination case will be brought to Tunisian courts which will not say anything from that date.

As after the murder of Belaid, the Ennahdha will pose as victim, some will accuse it since it is the ruling party and remind it, quite rightly, of unpunished outrageous statements made by Sahbi Atig, and other parties will stand out by statements expressing their strongest condemnation. This is probably the way Tunisia, which is struggling under the yoke of a Ramadan summer, will live the third political murder since the Ben Ali era.

Brahmi was not a virulent opponent of Ennahda, his statements and positions on TV debates testify, as was Belaid. He nonetheless remains a member of the Tunisian left which the ruling Islamist party hated and accused of all its own ills.

The state of decay of the security situation in a country that is experiencing a dangerous ideological and social schism since Ennahdha came to power and where weapons are no longer a rarity is undoubtedly one of the explanations of the third political murder in Tunisia.

Some recall the statements Sahbi Atig who legalized the killing of all those who oppose the legitimacy of Ennahdha. Some people make the connection with the statements of Noureddine Bhiri on the instigators of the murder of Chokri Belaid.

Others recall statements of Chokri Belaid who warned against the violent reaction of Ennahdha if it felt cornered. Others would notice the uncanny coincidence of the killing of an opponent on the day of the celebration of the Republic for which all Tunisia has been fighting since Ennahdha took power.

After what happened in Egypt, the Tunisian Tamarrod and the calls for the end of the legitimacy of the NCA, we tend to believe that Chokri Belaid might be right.

What is certain is that the murder of Mohamed Brahmi does not help either political or economic matters in Tunisia. It is thus expected that the preparations for the end of the transitional period stretch again, the NCA asks for accountability, poses extra questions and demands answers that will never come and delays on its own the end of works of the new constitution and all that accompanies it.

It is also expected that rating agencies react and further downgrade Tunisia’s sovereign rating and the condition of the Tunisian debt be felt strongly in international markets. This will probably delay projects of the Tunisian authorities and therefore degrade the internal economic situation.

Tunisia is not yet out of the woods. The situation is getting closer to what happened in “Somalia” or “Lebanon.” This only confirms the very dangerous and highly precarious nature of its situation.

Two or three hours after the third political murder, Tunisian media were not fully aware of the importance of that event. While France 24 and Al Arabiya were broadcasting “special coverage,” the Watanya just kept airing the news. The rest of the private channels broadcast documentaries and dramas as if the new Tunisia is getting accustomed to what has been happening in the country since October 2011, or it was still stunned.

Tunisia: Land’Or authorized to export its products to Russia

Tunisia: LLCs to be created within one-hour time