Tunisia-Energy: a lot of money and obstacles too! 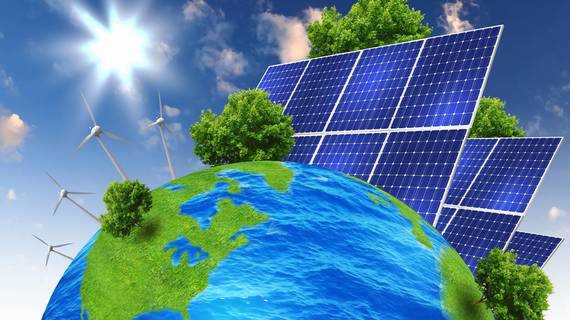 A mega project on the production, over the next three years, of 1,000 megawatts of renewable energy, with an initial cost estimated at 2,500 MTD was announced by Prime Minister Youssef Chahed.

The scarcity of domestic gas resources and the high international price of fuels are the main reasons behind the launch and acceleration of projects in this direction.

Minister of Energy, Mining and Renewable Energy Khaled Kaddour told reporters on the sidelines of a meeting on renewable energies in Gammarth that 69 investors, including foreigners are interested in the 210 megawatt production project.

“The tender for the implementation of this project has been closed since November 15 and the number of offers we received is very significant, more than expected,” said the minister.

He also indicated that all offers received are in the study phase at the Ministry of Energy and that they are in principle national investors and major companies of international renown.

This project involving 210 megawatts of renewable energy in 2018 is part of the mega-project unveiled Thursday by the Prime Minister and related to the production of 1,000 megawatts by 2020, the 1/5 of the capacity installed so far in the country.

STEG, the national electricity and gas company, has already started construction work on its first photovoltaic station in Tozeur. Another will be installed in Kebili.

In total, it was charged, according to the minister, to produce 380 of the total of 1,000 megawatts of renewable energy by 2020.

Speaking of the reasons behind the launch of this energy program, the minister pointed out that Tunisia’s energy balance deficit is becoming bigger than ever before, which leads the authorities to take advantage of renewable energies coming from national resources.

The minister also spoke of the high cost of energy purchased from abroad. “It is no longer tolerable for the state to continue to import 50% of its energy production,” the minister said.

He also stressed the importance of organizing such initiatives in the framework of a participatory approach to listen to and discuss the issue with all stakeholders in the sector, namely financial bankers, investors (domestic and foreign), donors and experts in the field.

It is also, according to the minister, an opportunity to discuss all the issues facing all stakeholders to set up renewable energy projects in Tunisia, especially since it is a question of a new experience not only for the public sector but also for the private sector.

“Such meetings will also make it possible to discuss all the laws to be revised, or the new implementing decrees and the legal texts to be put in place to avoid certain obstacles preventing the good start of work related to renewable energy projects” said the minister, reaffirming political support in the field of energy, a strategic and vital sector for the country, according to him.

The minister, in the same context, said the launch of this type of projects in Tunisia will create a new industry in the country.

“This is very important (…) it becomes very easy and in the light of a clear long-term visibility for Tunisia to create an industry in this area and create new jobs in the field of energy,” assured the minister.

He added that the majority of these renewable energy projects will be launched in the interior regions, which will unleash a dynamism in these regions, or even in the national economy, according to him.

Prime Minister Youssef Chahed has also stressed that the acceleration of renewable energy projects is a strategic choice for Tunisia and is one of the points of the Carthage Agreement.

He said the government is counting on the production of 1,000 megawatts of renewable energy by 2020 to support sustainable development in the country and thus protect the environment.

It is also, according to Chahed, an opportunity to hold an energy technology and lay down the foundations of a national economy in this area, especially in light of rising international fuel prices and the decline in national natural gas resources.

“Indeed, the Tunisian government has put in place new laws regulating the production of electricity through renewable energies and has prepared the most appropriate implementation texts,” said Chahed.

In addition to these laws, he assured that the government has also started the implementation of renewable energy projects under the licensing regime, pointing to the possibility of launching a set of projects under the concession scheme in 2018.

Tunisia: dinar loses over 24% of its value against US dollar...

Tunisia: President of the World Bank expected in Tunis January 23-24