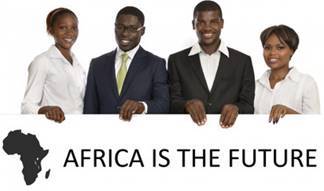 We had a bank in Senegal. We sold it to Morocco, which later took over the former “Banque du Sud” after buying STB Senegal. The same bank had already sold its holdings, acquired in the days of Bourguiba the visionary, in Mauritania, Mali and Guinea.

The Tunisian financial landscape, although fairly well ranked (the BIAT was in the Top 10 ranking of the best banks in Africa, made in 2015 by African Banker), thus disappears from Africa. There are many lost opportunities…

The last two attempts to return there are those by two public banks. First of all, the STB (Société Tunisienne de Banque) which wants to increase its stake in the capital of Nigeria’s SoniBank where it is already a 25% shareholder.

It has been trying for some time to increase its shares in this African bank and has even proposed an increase in capital that would allow it to rise in power.

Being a public bank, it will have to take into account an Administration subsumed by the fear of taking any decision, a government whose financial priorities are elsewhere and which has, in practice, no African vision.

The Tunisian financial system also had a stake in the BHCI, the Housing Bank of Côte d’Ivoire.

The Tunisian BH (Banque de l’Habitat) had not had the necessary authorizations to follow the capital increase, just after the revolution, and the Tunisian participation was diluted, “thanks” to a tight-fisted administration.

BH will later try to buy the same bank, proposed for sale by the Ivorian authorities, but loses the contract to Canadian Westbridge.

Thus, once again, Tunisia misses an appointment with history and a golden opportunity in Africa where the need for a Tunisian bank is increasingly pressing for a country that claims to have an economic development strategy on the continent.

That strategy should, theoretically, have a financial arm that is capable of accompanying Tunisian companies in the African economic space of ECOWAS or Comesa, which Tunisia is about to join.

At no time, for example, did the prime minister mention such an approach during his last two trips to Africa.

These trips have been strongly criticized, both on the level of organization and on the choice of the countries visited in a flash. Flash political trips with official meetings and rhetoric of politicians do not bring anything, unless they are seriously prepared in advance, with identification of the projects, choice of the partners and the intermediary

In Africa, you have to know how to negotiate. But above all to know with whom to negotiate and by what way to arrive at the right person.

Those who do not know are either disembarked or passed and as in the case of the Housing Bank of Côte d’Ivoire, will not sign anything even if they arrive at the last square of the short-lists in the calls for tenders.

Business in Africa does not obey any orthodoxy, especially not administrative on the side of the foreign partner. The French know this, the Lebanese and the Moroccans too. The Chinese are learning it and begin to settle. Some Tunisians also learned it. Why not learn from their address books, their introductions and their knowledge of the safest ways to do business with absolute certainty and security?

That is all that our foreign ministers should learn from before going through the joint committees and coming back only with joint statements that are empty of concrete substance in business.

This is also what the advisers of our prime minister and head of state need to know before organizing the African tours of their leaders.

Kenya, Madagascar and the Gambia to benefit from ADF loans