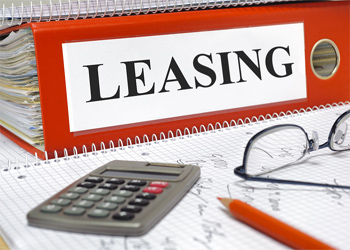 During the four years following the Revolution, the leasing sector has stalled amid slowing economy, rising cost of resources and rising defaults, marking a break with its “glorious years” (2006-2010), according to a study by broker, “Tunisie Valeurs” on the Tunisian leasing sector …

If some companies have clearly suffered from the past situation, others have been able to play the card of “wisdom” and saved – somehow – fundamentals.

Closely linked to investment health, the leasing sector is expected to rebound as soon as the business climate will be restored in the country. Meanwhile, leasing values have been neglected in the stock exchange since 2010, when the sector index lost 27% of its value. This is an oversized correction for some companies with an overall healthy balance sheet.

“Tunisie Valeurs” recommends, in this regard, a stock picking, which is, as we know, a market strategy to try within a market to find the actions that are going to perform better. Stock picking is based on a strategic and financial analysis of companies.

In 2014, the leasing sector has returned to the path of growth (+ 14%) after treading a year earlier. Only “Tunisie Leasing” has registered a decline in terms of competition; a stall recorded early in the year when the company was the first to increase its prices.

For the second consecutive year, Attijari Leasing has stalled. The subsidiary of Attijari Bank seems to ‘digest’ the strong growth of its landmark years from 2009 to 2012 (+ 50% on average per year). This slowing has left room for Hannibal Lease, a new “challenger” that has shown a remarkable dynamism in the past two years (+ 11% and + 29% respectively in 2013 and 2014).

The year 2014 was under the sign of rebound for CIL. After two successive years of lethargy (+ 4% per year), the company has set foot on the accelerator but without catching up compared to its counterparts. The company remains the last in the top 5 of the ranking.

In the medium term and beyond this transitional period underwent by Tunisia, the sector will be willing to rebound in a more favorable investment climate. Leasing has today become the indispensable interlocutor of SMEs, more than banks that continue to rush on ‘big’ groups.

The portfolio quality has overall deteriorated since the Revolution while in 2010; almost all operators showed a coverage rate above 70% – in accordance with the minimum threshold set by the Central Bank at the time. Yet many provisioning efforts have been reconciled: on average 15% net leasing was allocated to risk coverage (against 5% in 2009).

The Return on Equity (ROE) of the leasing sector is small in absolute terms (11%) and compared to the banking industry (15%). There is however worth noting that aside Attijari Leasing and CIL, all other operators have carried out capital increases in cash between 2010 and 2014; recapitalizations occurred in periods when evolution in activity was repressed (erosion of margins, lower productivity, cost of risk), which explain the diluting profitability.

Four years after the revolution, leasing values remain shunned in the stock exchange while the banking sector sees better days. For some companies, the correction was oversized compared to the quality of the fundamentals and medium-term rebound capacity.

Based on the Price to Book, which remains the most appropriate valuation ratio for financial companies in general, both companies, “Wifack Leasing” and “Attijari Leasing”, have ratios off average in the sector.

Appointment of Francisco Madeira as the new Special Representative of the...