HomeInterviewTunisia-Terrorism: ''measures announced by Mehdi Jomaa must be strengthened lest the state...
Interview

Tunisia-Terrorism: ”measures announced by Mehdi Jomaa must be strengthened lest the state disintegrate,” says Ali Zramdini 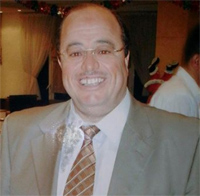 Faced with the escalation of the terrorist threat, former colonel of the National Guard and security expert Ali Zramdini has emphasized the importance of strengthening the battery of measures recently announced by the Prime Ministry’s crisis response unit. This would involve an agreed security action; otherwise post-January 14 Tunisia would risk the destruction of the institutions of its state.

How do you assess the impact of all terrorist attacks in recent times in Tunisia including the attack on Mount Chaambi in which 15 soldiers were killed?

At the military level, the ambush that took place recently in Mount Chaambi is a simple operation that ended in space and in time. This could be repeated, and it is probable, but I must admit it has led our military forces and security to change tactics.

This has helped to develop the degree of prudence and vigilance of these forces which now have a clear idea about the terrorist threats that have unfortunately grown throughout the country. We have become more serious in managing the terrorist issue.

On the political side, I think this will help to ensure national unity and then pave the way for the consideration of options for reforming the country and eradicating the danger that has managed to grow in recent times. This is all the more important that political wrangling generally reflects the security reality and directly affects the security strategy.

What to do then?

Despite the high cost that we are paying, I think these attacks could only unite all Tunisians in order to assess the risks and recognize that this is a disease that is now touching all citizens.

What is your reading of the reality of the country?

Today we are faced with a very difficult situation especially as many sides are trying to torpedo the Tunisian political process. These same sides want to push us into a war without limit.

Can you give us more clarification on these sides you have just blame?

I mean mainly terrorist groups that have officially announced the war against the “Taghout” and especially their desire to stir up trouble in the country through terrorist operations.

What about the reaction of the government, specifically the decisions taken by the crisis response unit?

I commend the government for the courage he showed in announcing a series of “just and appropriate” measures. These decisions could also be thorough and supported by an agreed and proactive security action that would be able to thwart all efforts to “promote” terrorism in the country.

I also think that these measures, although late, reflect a real awareness of terrorist risk and threats, hence the importance of consolidating them.

And here I would like to say there are other issues that security officers should know within a clear security system, a system that will be integrated into the measures announced by the Prime Minister.

The important thing in my opinion is to deal with terrorism. For the long term, it is important to develop a strategy that takes into account the new Tunisian landscape. Again, it’s time to activate the anti-terrorism law of 2003 pending the enactment of the new law under discussion in the ANC.

In addition, I think a better regional and international cooperation is more than ever a need to remedy this situation. This will be done by ensuring the activation of the intelligence system. Indeed, a series of factors must be considered. Today we are facing a real war with an enemy still “uncertain” and able to carry out operations while activating dormant cells. Add to this the climate of insecurity that shakes Libya and continuous crack down on terrorists in Algeria without forgetting the return of hundreds of jihadists returning from Syria.

The war is now open. The Government of Mehdi Jomaa certainly had the courage to implement bold measures, but some of them were the subject of criticism from some political parties. This is the case of the closure of mosques that are out of control. What do you think?

The opinion of a minority is not enough to oppose serious decisions to ensure the country’s stability. I take this opportunity to recall that the ministerial team of Mehdi Jomaa is a government charged with handling current affairs.

Therefore, it is legitimate to criticize the government’s approach, but that does not mean stopping it. Because the decision is the prerogative of the government, otherwise we risk the destruction of the state.

Share
Facebook
Twitter
Linkedin
Email
WhatsApp
Viber
Pinterest
ReddIt
Tumblr
Telegram
Digg
Mix
Print
Previous articleTunisia-Elections: ”All is for the best in the best,” according to the President of the ISIE
Next articleUS: UN, civil aviation partners to reduce risks of flying over conflict zones