HomeInterviewTunisia-Tourism: It's too late for 2014 season, says the President of FTH
Interview

Tunisia-Tourism: It’s too late for 2014 season, says the President of FTH 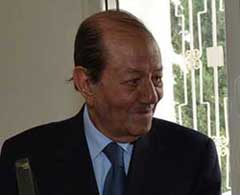 President of the Tunisian Federation of Hospitality (FTH) Radhouane Ben Salah recognizes the existence of elements that hinder the development of the tourism sector, especially with the proliferation of insecurity and the exacerbation of political wrangling.

He urged the government to find appropriate solutions to boost tourism, focusing as it should on promotion and quality improvement programs for 2015.

How do you rate the performance of the leader of one of the key sectors of the Tunisian economy?

When Mrs. Amel Karboul was appointed to head the Ministry of Tourism, we were full of optimism, particularly with the adoption of the new constitution and the formation of a new government that had prompted an outpouring of sympathy around the world.

We would have preferred to build on this momentum, knowing that we began from that moment to talk about some failures that plague the smooth running of the season.

As a starting point, we discussed the environmental component. We talked with the Ministry of the Interior which has taken the necessary measures to cope with it. Training sessions were provided to security officers working in hotel units. Add to that the purchase of equipment to monitor these units. It is true that some hotels have not completed this equipment, but they are trying to raise the awareness of their employees.

Apart from all this, security in the country has, in recent times, recorded a worrying decline, which was unfortunately reported by several foreign media. This is something that can only hinder the development of the sector.

Anyway, we found since the end of April, a decline in arrivals and reservations. During the month of May, there were a few cancellations, notably from Poland, whose authorities have advised their citizens not to visit Tunisia. This is a major handicap, and charters were even canceled.

Similarly, there has also been a decline in the German market, which had yet started the year with a double-digit increase, or 13%

You talk about a decline at a time when Amel Karboul has set as target 7 million tourists?

It was the government’s goal at the beginning of the year. It must be said at this point, all beginnings are favorable to make this achievable. But with the insecurity and political wrangling, we must to recognize that there are elements that hinder the recovery of tourism.

At the end of May, the European market posted a 2.2% decline in terms of arrivals.

This decline is mainly due to the achievements of this month, considered very bad. There are also declines in the French and German markets and also the Scandinavian market. The Italian market is an exception continuing to improve.

In June, there should be a very interesting filling since the month of May was very bad. The average booking is only 50% of the capacity while in the month of July, the number will certainly increase.

The only hope to increase numbers lies in both September and October. At the moment, we do not have any clear indication, but a positive response from tour operators is expected.

A priori, the target of 7 million tourists in 2014 remains an elusive goal. The only possibility is to perform the same figures for the previous year. We will find ourselves in a situation similar to that of 2013 where hoteliers showed zero profitability. The debt situation will worsen and the closure of hotels will be done quickly.

The situation will get worse as we were hoping for a revival of tourism at the beginning of the year while considering 2014 as a pivotal year that was an important engine of development for the future of Tunisian tourism. These unsatisfactory results will delay its development in 2015. Figures that we hoped to achieve in 2020 remain difficult to achieve.

However, we remain optimistic and it is time to focus on promotion and quality improvement programs for 2015 because we can not do anything for this season. It’s too late and even if we try to initiate actions, they will not yield the expected results.

Amel Karboul made many promises to promote the Tunisia destination while professionals are worried. What do you think?

This is true, Amel Karboul at first hoped to have a very good year, but did not realize that there were elements that could hinder this development. We have continued to talk about an interesting or exceptional year. This is not true and achievements were negative in May and the prospects are much worse.

What about the cleanliness campaign conducted recently by Amel Karboul?

We focused on this point. Indeed, a meeting was held recently at the Ministry during which several issues were raised. Unfortunately, it is late and the clean-up campaign was to end in May.

Can we justify the delay by the lack of coordination between professionals?

The Minister was in constant contact with the Ministry of the Interior and the Ministry of the Environment. A program has been agreed to bring the country to a better situation, satisfactorily in terms of cleanliness. Unfortunately, the execution has not followed for several reasons, probably lack of coordination at the regional level or a lack of resources at the municipal level.

What do hoteliers claim?

We call for facilitating cash to try to upgrade the equipment and facilities of hotel establishments and better sourcing to better accommodate customers. This cash is not forthcoming, but we continue to ask for it. Fortunately, the Minister assured us that meetings were held with the sector’s officials to find a solution.

Besides the cyclical problem, there is the problem of debt which remains a structural handicap weighing heavily on hotels. Debts that have accumulated over the years, the situation is very difficult and, consequently, hotel owners do not have the means to renew their equipment or restore their establishment.

It should be remembered that the rate of debt amounted to 3.414 billion dinars knowing that a portion of this amount is paid regularly by hotels, i.e. 40% of the overall rate.

There are hoteliers who partially pay their debts. But part of that amount estimated at 800 million dinars was not paid. There is also the overnight tax that would be imposed from next October. We are seriously against this tax.

To do this, we proposed a payment of ten Euros on arrival at border point and have already given practical ways to get the money. This formula would generate double the recipe from first hotels.

Tunisia: inflation drops to 4.1% in July

Good governance is just a slogan in Tunisia according to Moez...

Tunisia: thirty Tunisian operators to visit Oran ahead of MG 2012