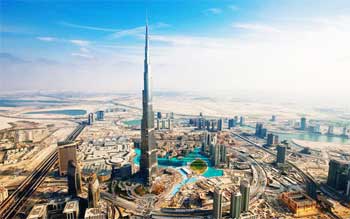 The UAE has emerged as the most desired country in the world for Arab youth, according to a new survey.

The Arab Youth Survey 2014, conducted by Asdaá Burson-Marsteller, also saw the UAE take the number one spot amongst countries other nations need to emulate.

The survey, which interviewed 3,500 Arab nationals between ages 18-24, was conducted in 16 countries in the Middle East and North Africa, with Palestine being the newest addition to the annual study.

When asked in the survey to name the country in which they would most like to live from a list of 20 nations including the United States of America, Britain, France and Germany, Arab youth once again cited the UAE as their top choice, giving it the top spot for the third consecutive year.

Of the 3,500 randomly selected country nationals interviewed, 39 per cent or two out of every five respondents chose the UAE as the country they would want to live in, beating the US that came in at second place with nearly half the respondents or only 21 per cent.

Saudi Arabia ranked in third place at 14 per cent, just ahead of France, which came in at 13 per cent. Last year’s contender Turkey dropped out of the top five spot to make way for Qatar at 13 per cent.

When asked which country in the world they would most like their own country to be like, the UAE again ranked first.

Two in five youth or 39 per cent again named the UAE, followed by the US at 25 per cent, with France at 14 per cent, Turkey at 10 per cent and China at seven per cent completing the top five places.

When asked, UAE nationals ranked highest amongst the nationals of all 16 countries as having a sense of optimism in the future of their country.

Seven in 10 young Emiratis (69 per cent) agreed with the statement, “I feel optimistic about what the future holds for my country”, more than any other national group, and significantly more than just over half of respondents (55 per cent) overall.

Sunil John, CEO of ASDA’A Burson-Marsteller, said: “The popularity of the UAE is likely a reflection of the country’s strong economic outlook and status as a safe haven amid the regional political turmoil. The Gulf state, the Arab world’s second largest economy with a GDP of nearly $390 billion, is expected to grow 4.5 per cent in 2014 on the back of a number of factors including its successful bid to host Expo 2020.”

The Arab Youth Survey, which began as early September 2013, saw 300 UAE nationals participate in the study, with 40 per cent of correspondents from Dubai and Abu Dhabi while 20 per cent were from Sharjah.

Conducted by international polling firm PSB, nearly 250 questions were posed in face-to-face interviews that saw a 50 per cent split between genders, with the countries including the UAE, Saudi Arabia, Qatar, Kuwait, Oman, Bahrain, Algeria, Iraq, Egypt, Jordan, Lebanon, Morocco, Tunisia, Libya and Yemen – with Palestine added for the first time this year.

However, this year Syria was dropped from the study due to the political unrest in the country.