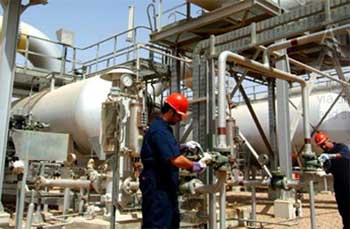 Construction contracts for a new crude oil pipeline between Saudi Arabia and Bahrain are expected to be tendered by the end of the year, said a report.

The front-end engineering and design (FEED) for the pipeline has been completed, reported the Gulf Daily News, our sister publication, citing a Saudi Aramco official said.

He was speaking to the GDN on the sidelines of the 9th Middle East Refining and Petrochemicals Conference and Exhibition (Petrotech 2014) that was held at the Bahrain International Exhibition and Convention Centre last week.

The FEED has been done by WorleyParsons of Australia and the next step would be to release the tender for the engineering, procurement and construction contract, the Aramco official said.

The cost of the project is estimated at $350 million. The 115km-long pipeline would run overland for 74km, with the remaining 31km being sub-sea. It will transport crude from Aramco’s Abqaiq plant to Bahrain.

The pipeline is expected to be commissioned by the third quarter of 2016.

It is a key pre-requisite for Bapco’s planned Sitra refinery expansion up to 500,000 bpd total capacity, which is estimated to cost upwards of $6 billion.

Meanwhile, Bapco top officials said they were evaluating the technical and commercial offers submitted by the engineering companies for FEED and project management consultancy contracts.

The residue conversion unit is strategic for the Sitra Refinery as it will open access to cheaper feedstock of heavy crude oil and thus, a larger diversity of sources of supply.

A dehydrosulfurisation unit is also planned to produce diesel according to international standards with sulphur content of less than 10 parts per million.