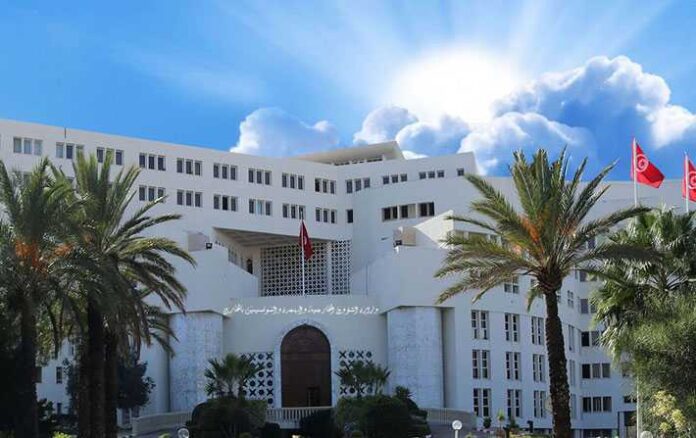 Tunisia “is astonished” by the declaration of the Ethiopian Foreign Ministry, published on September 15, in which it “calls into question the sincere and permanent commitment of Tunisia to defend African issues at the international level, and inthe United Nations Security Council as a non-permanent member.

In a statement released on Thursday evening, the Tunisian Ministry of Foreign Affairs, Migration and Tunisians Abroad specifies that “the presidential statement concerning the great Ethiopian Renaissance dam was approved on September 15, in the Security Council.

This declaration was presented by Tunisia as part of its commitment at the African and Arab level, as well as as part of its responsibility to the Security Council to serve peace and promote the values ​​of dialogue and negotiation, according to the report. ministry.

In addition, the Department of Foreign Affairs assured that, throughout the negotiations on the draft declaration, Tunisia has been in contact with all the parties concerned, as well as with members of the Security Council at different levels.

The objective being to bring together points of view and to reach a balanced agreement which takes into account the concerns and interests of all parties, guarantees their right to development and, at the same time, puts the region away from any tension.

In an official statement, the Ethiopian foreign ministry affirmed, that “Tunisia had made a historic error in asking for a position of the Security Council on this subject”.

It believes that “this error will undermine Tunisia’s great responsibility – as a non-permanent member of the Security Council. “Ethiopia will not recognize any rulings or claims based on Tunisia’s statement,” the Ethiopian ministry warns.

On the other hand, Egypt welcomed the Declaration of Tunisia yesterday, considering that it reflects the particular importance that the Security Council attaches to the issue of the Renaissance dam, and the need to contain its repercussions on peace and international security.

Since 2011, Egypt, Sudan and Ethiopia have been negotiating an agreement on filling and operating the Renaissance Dam to secure each country’s rights to the waters of the Nile. But for ten years no agreement has been reached between the three countries.

African Union discusses with stakeholders on Finalization of the Guideline on...