HomeNewsTunisia: bluefin tuna quota to be raised to 1,497 tonnes in 2016
News 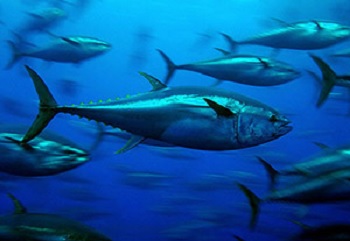 Tunisia’s quota of bluefin tuna will reach 1,497 tonnes in 2016, against 1,247 tonnes in
2015 with export earnings of around 45 million tonnes, the Ministry of Agriculture, Water Resources and Fisheries said on Tuesday.

A Tunisian delegation led by Secretary of State for Fisheries Youssef Chahed is currently taking part in the 24th meeting of the International Commission for the Conservation of Atlantic Tunas (ICCAT) held from November 10 to 17 in Malta, the ministry reported.

Delegations from 50 member countries of the commission including Algeria, Morocco, Libya, the European Union and Japan also participate in the meeting.

The International Convention for the Conservation of Atlantic Tunas was signed in 1966 in Rio de Janeiro, Brazil. Tunisia joined it in 1997.