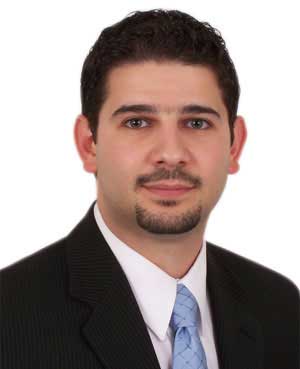 The UAE is comparable to many other countries in its retirement age for workers, according to a report that examines retirement ages and requirements from around the globe.

The Worldwide Benefit and Employment Guidelines, an international study conducted by human resources consultancy Mercer, revealed that the UAE’s statutory retirement age for males and for females in the private sector was 60, with women in the public sector benefitting by being able to leave employment for good five years earlier at 55.

Other countries that see the five year advantage for women when men retire at 60 include Saudi Arabia, Jordan, Russia, Taiwan and Vietnam. With regards to Saudi Arabia, there is no limit on the retirement age for expatriates, but there is a current proposal under consideration to make it 60 for them too in the near future as well.

“This report is significant because whether multinationals operate in two countries or more than 20, they are facing increasingly complex and distinct rules, regulations, and common practices relating to retirement that can have a substantial impact on their operations,” he added.

Mercer’s report found that the UAE’s retirement age was generous when compared to other countries that used the same five year difference formula, but whose male population retire at the later age of 65.

Included in this group are the UK, Argentina, Austria Chile, Serbia and Poland. Columbia maintains the same five-year gender gap, with the South American nation’s men hanging up their work overalls for good at 62 and their women at 57.

However, members of the UAE’s working population were found not to fare so well against their counterparts in Indonesia and Thailand whose citizens are eligible to retire at 55. Workers in India were also revealed to be better off than those in the UAE, being able to finish their life of employment between the ages of 55-58.

Interestingly, the deleterious effects of working underground were recognised by two countries in Mercer’s report, with earlier retirement given to those involved in Pakistan and Morocco’s mining industries.

Although the majority retirement age in Pakistan is the same as the UAE at 60 for males and 55 for females, special dispensation is given to the country’s miners, who are able to retire at 50. Similarly in Morocco, the retirement age for mine workers with five or more years in the industry is 55, as opposed to 60 for workers in the North African country’s other sectors.

“Our Worldwide Benefit and Employment Guidelines report is significant because it addresses disparities in skill-set issues across the globe,” said Abukhater.

“For example, a company envisioning a particular market for its experienced and ample supply of talent would want to know that workers could — and likely will — retire in their 50s. However, in a bordering country, this same company could face a retirement age nearly 15 years older, which would introduce a completely different set of talent issues,” he added.

Tunisia: deficit in balance of payments could peak at 10%, warns...