HomeInterview''We need another operating logic to govern the financial sector,'' according to...
Interview

”We need another operating logic to govern the financial sector,” according to Marwan Abassi 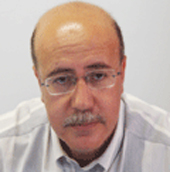 Marwan Abassi, economist, whom we met on the sidelines of the 26th session of Business Days, gives us an account of the banking sector and talks about the future of confiscated businesses

The Arab Institute of Business Leaders (IACE) is launching a new development model while Jaloul Ayed, the Minister of Finance had, upon his appointment, proposed the Jasmine Plan to help Tunisia overcome its serious crisis?

Indeed, the Jasmine Plan is a model that is practically recommended by a transitional government, it deserves to be there. In fact, prominent experts have proposed this model, already submitted to the G8 which should fund it. I do not think we should let it down, given its importance. We just need to compare it with other models that will be developed.
Take the good things and leave the bad.

For the growth pattern proposed by heads of the IACE, it was designed on the basis of consultation with a survey of dozens of business leaders. Several proposals have been suggested and turn around the business environment, the fight against corruption, funding of the financial sector and the need for a social pact between social partners.

I’m not saying that the model advocated by the IACE is perfect or the other models proposed by political parties are the best. Now, everyone needs to reflect on how to take the good things in each model. This model should be accepted by everyone, because it is the model that will make Tomorrow’s Tunisia.

This is a challenge that is launched not only by the IACE which has contributed to some of the reflection. The civil society is also called to better contribute to this alternative model that will help achieve growth with greater equity, but also more jobs and better performance both socially and economically.

What are, according to you, the major challenges to be addressed by the next Government?

I think the priorities have already been said and developed by all political parties and the civil society.

The first challenge involves evidently employment and regional development. In my opinion, they are two very important challenges which were the major causes of the January 14 Revolution.

Investment is needed in order to create jobs. To have regional development, we must have the necessary infrastructure and investment in decentralization, there must be a state that reflects in another way, since decisions were always taken from the top down. Now, we must have a reflection from the bottom up. We also need to have operational plans allowing these discussions to take place in practice.

What about the banking sector?

This is an area that has always been abused by corruption and mismanagement. This sector has not changed much during the previous period. Special attention need to be paid to this special area.

What are its weaknesses?

This is an area where there are both public and private sectors: a public-private banking sector and a private-public banking sector. Problems do exist in both spheres. Each has its share of responsibility in the state of things. Indeed, the public sector was asked to take some decisions that were painful for it and we are now paying for that, not primarily as bankers, but in the policy in general.

Tunisia is one of the few countries that have a banking system that does not work. It should be noted even if that was not the case before. For this reason we reached this level of difficulty.

And what about the independence of the central bank?

The logic of democracy requires that the central bank be independent, but it must be governed.

In fact, what is the role of the CB? It is to manage prices. To do so, it should be able to take decisions that can sometimes be against those of the Ministry of Finance, which can have a significant budget deficit

As part of a fiscal policy and a monetary policy, it is necessary that these two structures be independent and that there would be authorities than run them in a different way.

In any case, as in all democratic countries that have reached a certain level of development, the CB is an institution that should be independent.

Emphasis was placed on the importance of strengthening the role of the state as a partner and economic actors to ensure the development of the country?

The state has been a strategic partner of development during these years. However, it was too involved in parts of the economy where it should not be.

In any case, the state must intervene in some way, in a more intelligent manner and with less pressure.

The 26th session of the Business Days was marked by the absence of a specific topic addressing confiscated businesses despite the importance of this issue?

I think these confiscated companies are part of the national wealth. How will they be run? And here we must also consider how to treat them. I think that the Constituent Assembly which is being set up is called to say how. Technically, there are so many possibilities in order to run these companies. This was done in several countries, and there have been successes. So it’s a purely political issue. And the question remains how to run them. Several issues arise in this regard: will they be sold, or will there be funds of funds to run all this. For example, the Jasmine Plan had reflected on how to use those funds through the Ajial Fund. I think it’s a great idea.